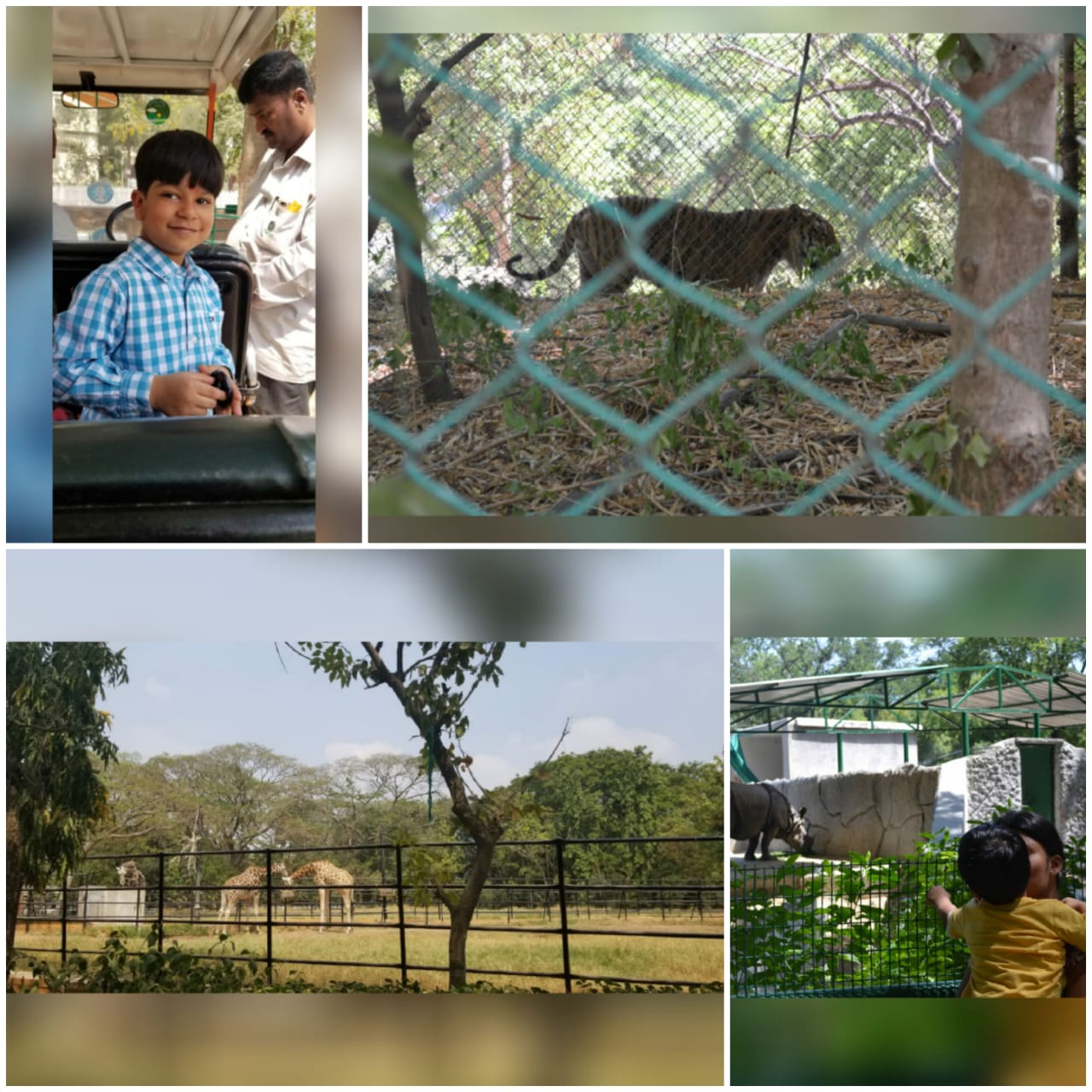 I’m posting this story on behalf of my 8 year old son for the  #kbcKaadooMonkeyTales Contest.

Last year, I went to Mysore Zoo with my entire family. It was my second visit to a zoo. The first one was when I was around four years old. On my first visit, I went to Kanpur Zoo, and I was excited as it was my first chance to view all the animals in real.

But this time, it was altogether a different feeling because I had my baby sister with us who loves ALL animals – be it mosquitoes or dinosaurs. As soon as we entered the big gates of Mysore Zoo, the first animal we saw were giraffes. I had never seen giraffes before (they were not there in Kanpur Zoo :(), so I was super happy to see them for the first time. A guide helped me feed the giraffes. There were many of them with different spotted patterns. Their long neck and huge size made us feel so small.

Next, we saw the crocodiles. The crocodiles were huge, and they were lying down near the pond very still, so it was hard to figure out whether they were alive or not.  But as I turned around, I saw them move which caused some fear run down my spine.

After that, we went to see the tigers. I was super happy to see them because they were India’s national animal, but also because I like them because of their orange and black stripes. The mother tigers were playing with their cubs, and the father tigers were also playing with them. My sister went a bit too close to the tiger’s cage so I pulled her back. They were absolutely majestic and every bit worthy of being our national animal.

The lions came next. They were very fierce. There were two of them, sleeping. I, again, tried not to go closer to the cave. I like the lions as well because they are super fierce and because of their roar.

The huge elephant was next. There were 3 of them. They were just tiddling around and relaxing. I do like elephants, because they keep memories for a really long time.

Next, we saw the deer. They were eating grass quietly. I tried to stroke them through the cage and they licked my hand and fingers from the cage. After that, they continued eating their grass!

We also saw the snakes, birds etc.  I saw the size of the python and could not believe when I read that it could suck up a human being easily!

The Zoo was really big, and we got the luxury of travelling in an electric jeep. My sister was 2 years old then and was not feeling well (she was down with fever). Even though she was sick, she still enjoyed being at Mysore Zoo.

More than ever before, I was spellbound by these wonderful creations of nature and how every being co-exists!