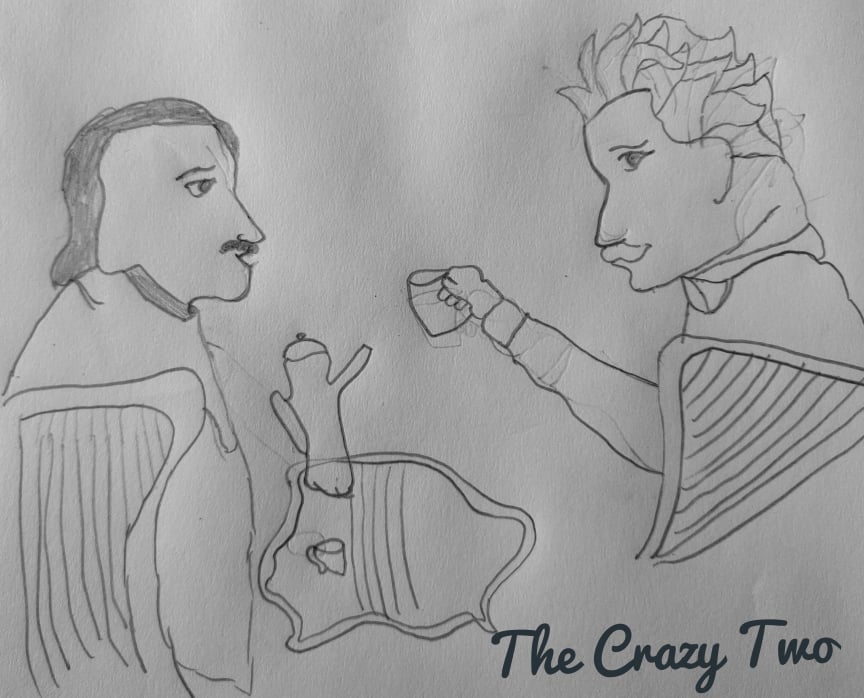 This story is written by my 10 years old Medhansh Dwivedi for #kbcapinchofmagic contest.

This is a story where I had to work with a crazy inventor named Professor Mado, who was all the time lost in his own whacky world. Sometimes he would forget the time or even to eat food.

People called him Mado because he made crazy things, like a Fishing Rod – not just any regular one, but one that had three ropes attached to one rod. Why? Well, so it could catch three fishes at the same time. Smart right?

Anyway now you know why he was called Mado. However, when I got a chance to work with him on an invention, I was thrilled. After all, it was like a lifetime ADVENTURE.

So, when he invited me and I finally reached his house, I was amused to see that it looked more like a lab than a house. Well, I did expect it to be like that, after all he was ‘The Mado’! Let me tell you, I was extremely excited and looking forward to meet him.

Meeting him was fun – he was a man with spiked hair, just like Albert Einstein except that he’s not as old. He asked me, “Come in, my dear friend or should I call you an Inventor?” I laughed and replied, “As you like it, Prof”.

We both sat down and had a cup of tea and then he told me that he wanted to make a ‘Transfer Orb’. He further explained to me that an Orb was a spherical object and this one would transfer people to a different place, time or even space and all it would take to build was three days. I asked him, “How would it just take three days?”. He grinned and said, “Oh, few things are already done but then the next steps need two people and that’s why I invited you.” I felt so lucky to be the chosen one.

Next day onwards we started working on the new project. It was a little complicated for me as I have never heard of some formulas, but I was curious to explore and learn. Soon, I self-learnt and updated myself with all the formulas and this itself was an achievement for me. Post learning, we both started to work on the “Transfer Orb”.

This went on for three days when something bad happened. On the day of our testing the Orb did not work properly. On our computer screen all it read was ‘ERROR’. I tried to calm down Prof Mado but he was in such a temper! After a while he was a bit better but was still upset that the Orb did not work. I said, “Hey Prof, let us see again. Don’t give up so soon”.

He was so loud that it startled me and gave me goosebumps too. After all the disappointments and failure we still had a win-win.

From that day there were two crazy professors in the town, Mado and Medhansh!