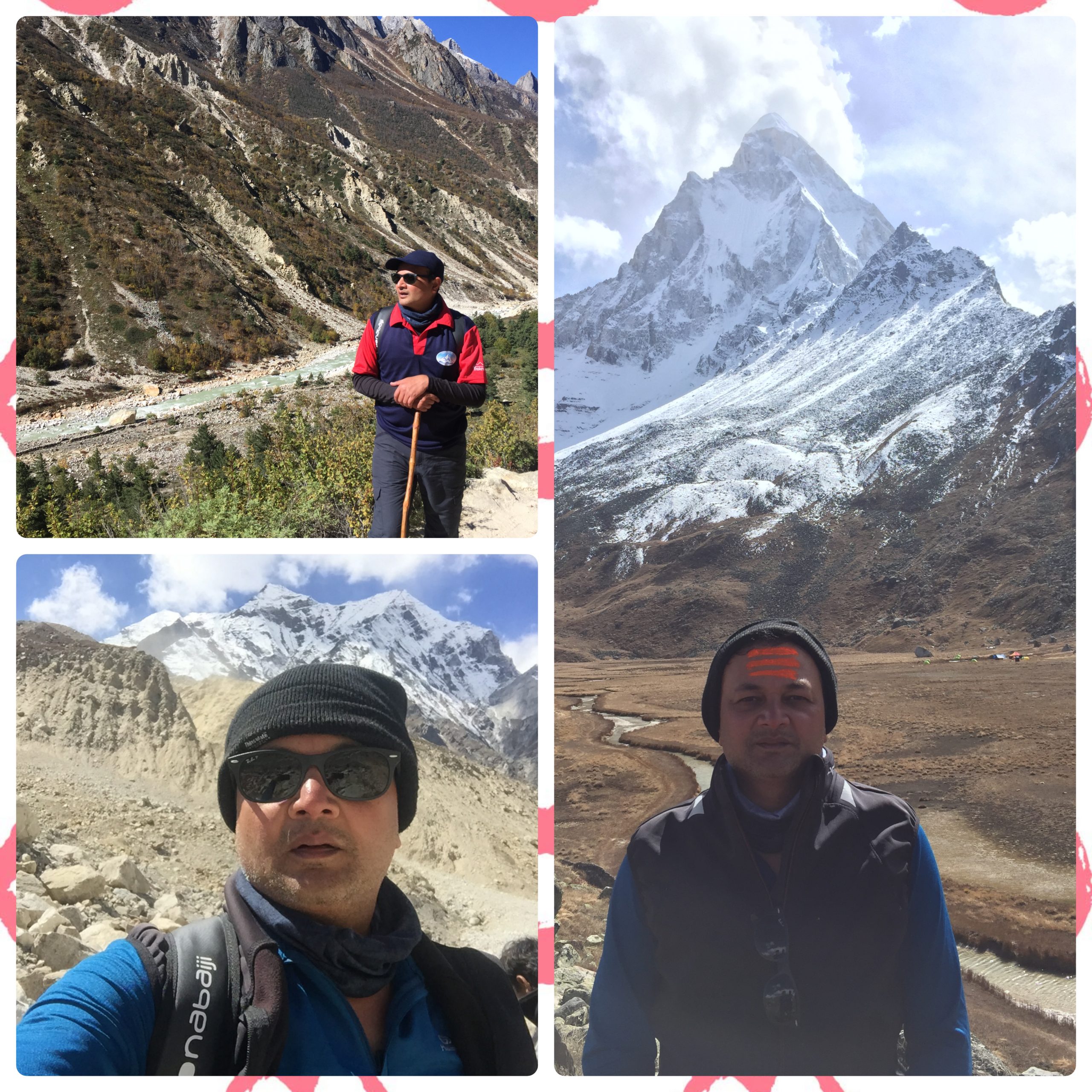 I am posting this real story on behalf of my daughter Prisha Ambi (9 years old) for the #kbcADayWithDaddy Contest .

My father is very fond of trekking and cycling. And I am too! I really love him and am proud of him that he has achieved to go on so many inspiring treks. The most challenging one was when my father had been to Gomukh Tapovan, Uttarakhand which was memorable and a challenging expedition. When my father narrated his experience, I had goosebumps! The trek was more thrilling than I expected! My father was speechless when he reached there and when he looked around it was a breath-taking and mesmerizing scenery everywhere. There were many snow-clad peaks and the divine Kailash Parvat was just close to the place. He also performed a pooja near the place where the holy river Ganga has originated.

Now comes the most amazing day that I have spent with my father.

In 2019, (I was 8 then) on 15th June, my parents, maternal grandparents and I had gone to visit a temple. After that we came across a gigantic banyan tree. We decided to rest there. I swayed on the branches and ate peanut and chocolate rolls which were really delicious. Then, while I was sitting on the top of a branch, I spotted a big, but not so big hill. My father and I decided to climb that hill, even though it was tricky because I was wearing heels which was not a good choice for trekking. But still we decided to climb that hill because it was the only opportunity to see if I was skilled enough to be like Pappa.

The trek began. It was really hard, to balance on heels but I knew my father was facing the hardest because he was bearing most of my balance and his own. At first, I slipped a little but then I got a little hang of it and gathered all my courage and continued. The hill was not only steep, but slippery too. When we were nearly halfway through, I took a small break as I twisted my ankle on the way.

And after a minute or so, I got ready for the huge rocks which were in our way. I toppled a lot but still kept my balance. After we crossed the rocks, the path became steeper. At the other side of the hill, we saw a few children playing there too. They were very near to the edge of the hill which I thought was dangerous!  I also found a stick which looked nearly polished. When my father and I reached the top, we were flabbergasted to look at the astonishing view ahead of us. When I looked up, I felt like I was floating but when I looked down, I felt really dizzy so I hugged my father super tight and we both planted the stick I had found.

Climbing down wasn’t that hard. We climbed down and hailed for VICTORY!!!!

I will never forget the lovely time I had spent with my father and am looking forward to going on more such fantabulous treks and hikes when I get a little older. And I also wanted to say that…… I LOVE MY FATHER!!!!! HAPPY FATHER’S DAY!!!!