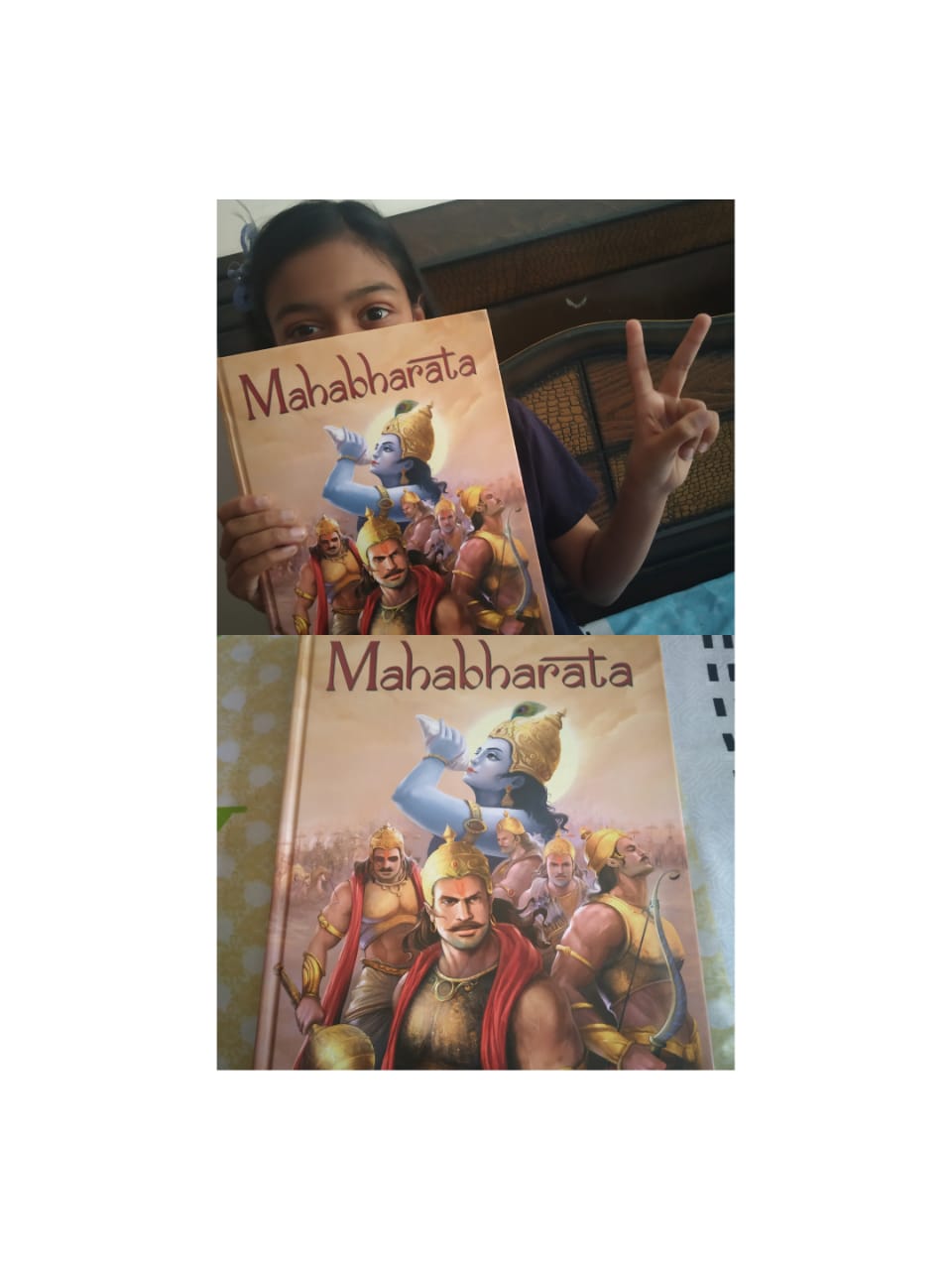 My daughter, who recently is very fascinated by epics has the epic story of Mahabharata all over her mind .. reading its book, watching the show on TV. So we decided why not pen down some thoughts on the same. So here I present to you a poem written by my daughter – Shranya Goel on her favourite epic which gives a crisp overview of the events that happened leading to the mighty war ….

Mahabharata was a war of truthfulness

Both the armies of cousins were no less

Kauravas red flag was a flag of fight

Both the families of cousins were bitter rivals

As the Kauravas thought the Pandavas were very trivial.

The five brothers were invited to game of dice

But the game was not very nice

As Draupadi was dishounored in the court of Hastinapur,

Because the 100 brothers were not very truthful.

Draupadi held her head up and stood tall,

And cursed the Kauravas for their downfall.

Kauravas exiled the Pandavas for 13 years,

When they came back, war was declared.

Duryodhan suffered a huge loss because of his decision,

To make Pandavas surrender was his mission.

But Duryodhan never realised his mistake, did he?

The Pandavas knocked down Bhishma, their grandfather

And then their guru – Dronacharya their teacher.

Rivers of blood flowed when Kurukshetra war came to an end,

Duryodhan’s brothers had all died, but to Pandavas his head never bent

Bheema struck Duryodhan on his thigh with a swift blow of his mace,

With a broken thigh on the ground he lays.

The crown prince of Hastinapur was left alone to die,

The curse of Draupadi came to be true,

The wrath of Pandavas came to an end too.

Thus the war of Dharma came to an end,