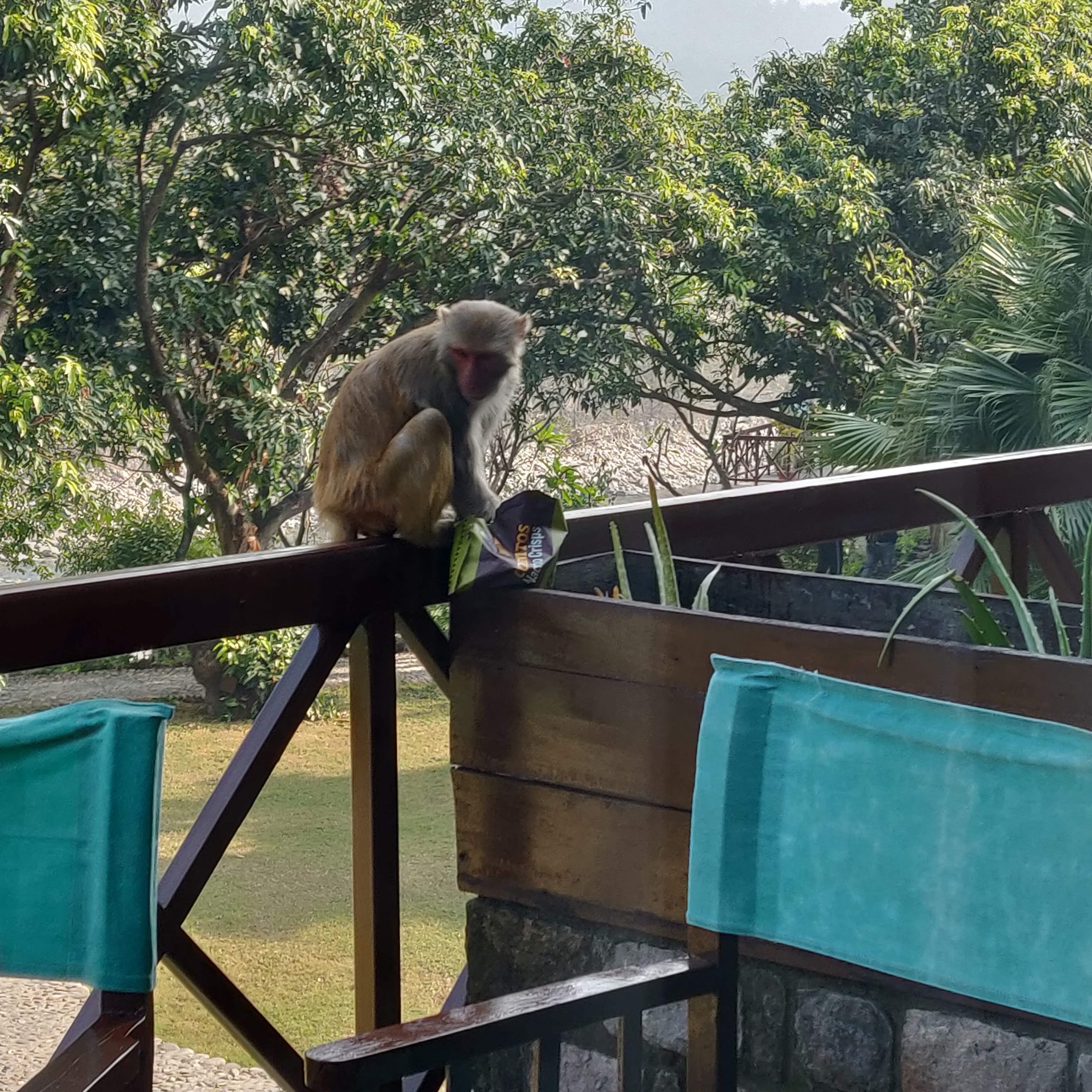 I am posting this on behalf of my 9 year old son, Aryaveer who has written this story as a part of the #kbcKaadooMonkeyTales contest.

It was November of 2018 and Mumma Papa’s 10th wedding anniversary in a week. We hadn’t made any plans and were thinking how to celebrate. Mumma got an idea and said, “How about going to Corbett National Park?”
Guess what!! Papa agreed immediately as it was a weekend (he usually doesn’t like to travel on weekdays 🙂 Busy man!!)

So now Mumma was on it. Since she was working with a Travel Company, she knew how to go about the resort and safari bookings. Coincidentally my maternal uncle (Mamu) visited us the same afternoon and Mumma discussed the plan with him. He was already planning this trip so he said let’s go together.

Yippee!! That was mine and my cousins’ reaction on hearing this. We 3 love to spend time with each other and now we are going on a trip together.

The bookings were made by next morning. We didn’t get the safari booking to preferred zone as we were already late but that didn’t really matter as being together on a trip was more exciting for us.

Finally the day arrived, 30th November it was! Since we were traveling in our cars, we decided to leave early. We, the kids decided to sit in the same car and the journey became wonderful.

We reached around 3 pm and quickly had our lunch. Then we went to the riverside and spent the entire evening by the side of Kosi river. The weather was cold but the flow of the river and the clean water didn’t stop us from sitting on the stones along the riverside with our feet dipped in the water.

Not to forget, we were on an anniversary trip so there was cake cutting too in the evening 🙂

At dinner time we were amazed to see a lot of children in the dining area. On asking them, we got to know that they were on a school trip for the weekend. It was so much fun playing with them around the bonfire.

After our dinner we slept early as we had to get up at 5 o’clock for the safari. The morning was so cold and we were packed in our pullovers, jackets, woollen caps and gloves. The drive till our safari zone was around 45 minutes. When we reached there we met a couple of other people who were as excited as us.

A convoy of 4 jeeps was made and we started our safari together. The naturalist who accompanied us gave a lot of information regarding our zone and its wildlife. It was called Durga Devi zone, located on a hilly area. It’s famous for the Royal Bengal Tiger, Wild Asian Elephant and a variety of deer. During the entire safari, we kept hoping to see a tiger but we weren’t lucky enough. We spotted some elephants from far away and a lot of deer. The scenic beauty was amazing.

Now you’ll probably understand the reason why I have called my story a ‘not-so-adventurous fun trip’ 🙂 !

But a very funny thing happened with us when we came back from the safari. Our rooms were adjoining and we were standing in our balconies and sharing a packet of Nachos. A monkey came suddenly and snatched our packet. We jumped inside our rooms and it was nice watching him enjoying our Nachos.

After breakfast, we were tired but still excited and energetic that we played in the swimming pool. We also went to a carnival nearby our resort, where we enjoyed the camel ride, a few swings and did a kids’ boat ride too.

In the evening, the resort guys played a movie about the hunter Jim Corbett. The movie showed his story and how the ‘Jim Corbett National Park’ was named in his honour. And then, we also visited a small museum which is made in the resort itself.

On the last morning of our trip, we again went to the riverside and took some beautiful memorable pictures then drove back home. The trip was definitely not adventurous in terms of spotting wildlife but certainly the first great safari experience which I’ll always remember.