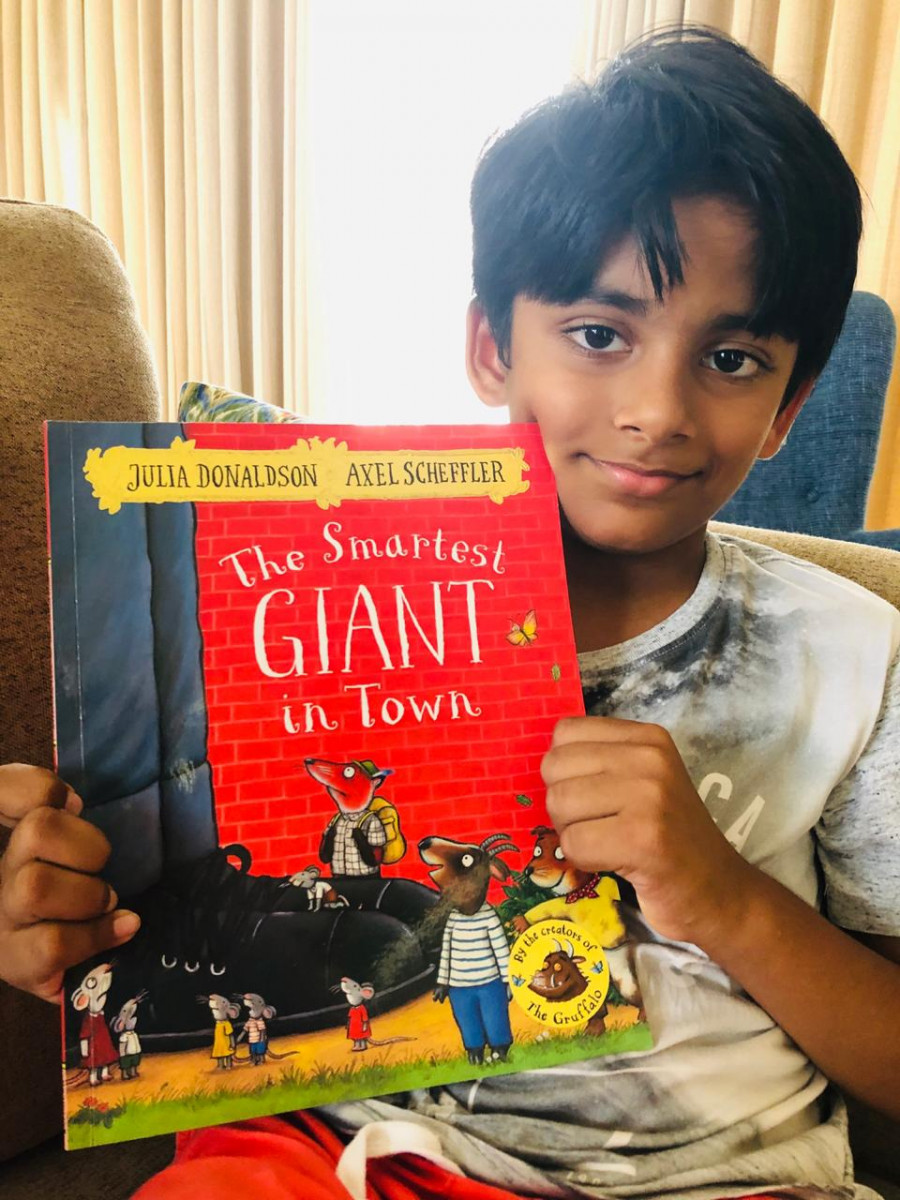 
[This “new version” has been written by my son Neel Shrivastava (Neel is 7 years old). I’m posting it on behalf of him! ]

Who hasn’t read The Smartest Giant in Town? I have and I always love a good story, but no harm in making a version of my own. Hope you enjoy it.

Once upon a time, there lived a Giant named Jack. Jack was a very kind person and whenever someone was in need, he tried his best to help.

One day, as Jack was buying new clothes, he heard a scream. Jack quickly finished buying clothes and rushed to the place where he heard the scream.

Once he reached there, he saw a man who was stuck in a pit of quicksand. The man asked, “Can you help me?” Jack replied, “Yes, hold on to my belt once it reaches you.”

The man held on to the belt and  Jack pulled him out of the quicksand.

The man said, “Thank you, My name is Charlie.”

Jack replied, “My pleasure, my name is Jack.”

Jack replied, “Nice to meet you too, Charlie.”

A few years later, Jack was famous because of helping so many people and not causing harm. Jack remembers it as if it happened just yesterday.

Added by Team Kids Book Café : You can read Priya Sood’s review on this same book ‘The Smartest Giant in Town’ here!

If you liked Neel’s version and Priya’s review and would like to buy the book from Amazon,