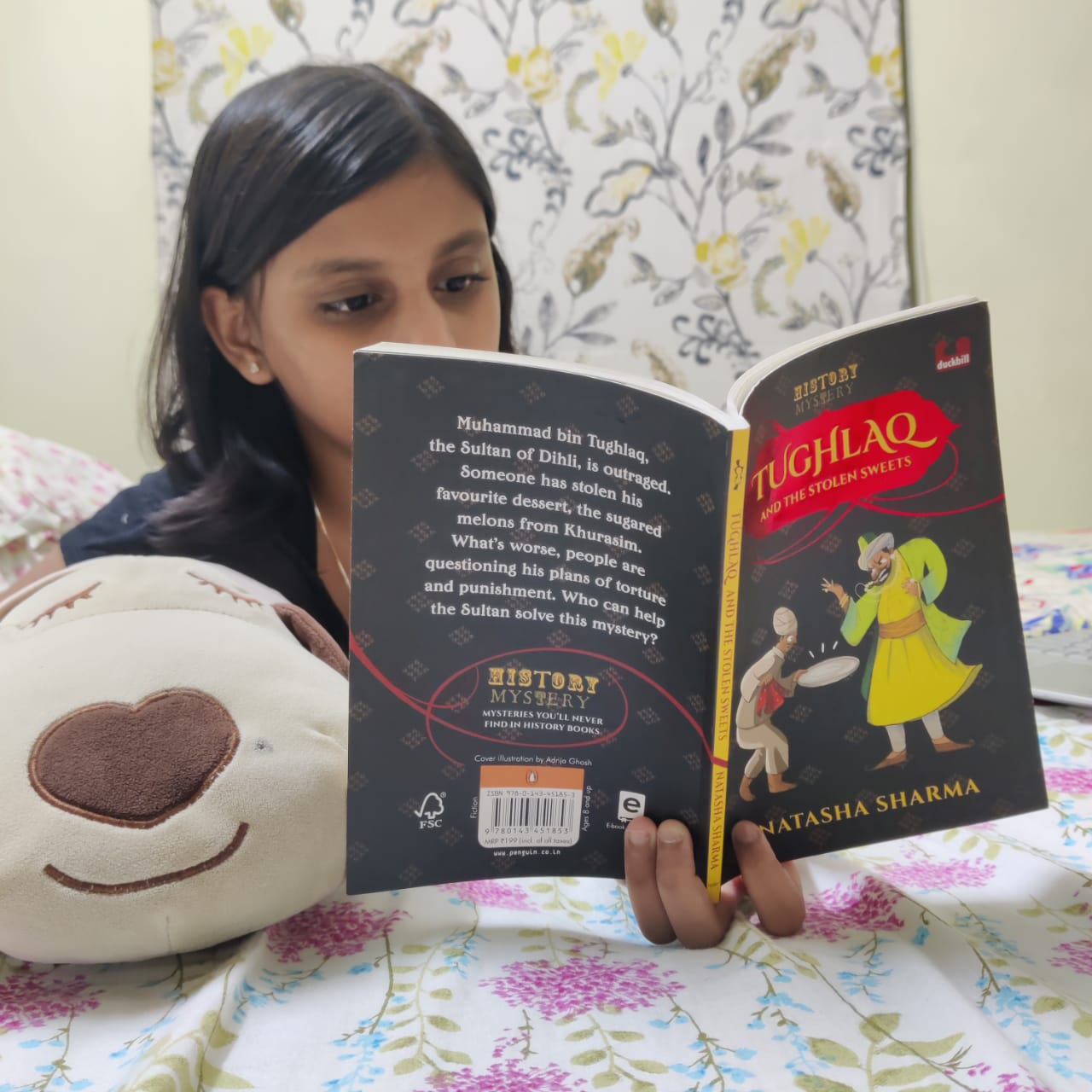 Title: Tughlaq And The Stolen Sweets

The book Tughlaq And The Stolen Sweets by Natasha Sharma is one of the most wonderful and funny books I have ever read. The cover of the book is humorous and instantly likable. I also love the illustrations by Adrija Ghosh. With the illustrations, I was able to visualize that particular time period, soldiers, their clothes and the palace, etc. The story was even more interesting and amusing. I first thought that this book would be boring since I wasn’t in the mood to read about history, but when I started reading, I realized that it was a fictional book!

This book is about the Sultan of Dihli who was called Muhammad Bin Tughlaq. Tughlaq is an emperor, who wanted to eat his favorite dessert, the sugared melons which were given as a gift from one of his allies. But when his servant brought an empty plate over, Tughlaq was outraged as someone had stolen his precious sweets. Tughlaq was ready to brutally torture the thief (some of the punishments sounded really funny) who stole his melons. That’s when the team “Thunderous Three” entered. A group of three people: Baha-ud-din, Kamal-ud-din, and Ibn Battuta. They were hired to find out who stole the sweets. Will they manage to find the thief or will they be executed? This comical-themed book will take you on a wondrous ride.

This book is perfect for ages 8 and up. It is a perfect book to introduce a character from history in a very simple manner. I also liked the fact that the author had given a clear list of what is fiction and what is fact at the end to avoid getting the history wrong. That said, it is full of interesting facts like the elaborate meal, the postal system, and even some of the characters.

The author has also written books – Razia And The Pesky Presents, Ashoka And The Muddled Messages, Raja Raja And The Swapped Sacks, and many such in The History Mystery series.
A boxset of all 6 books in the series called A Box of Hahas and Whowhos ( A History Mystery Box Set) Product Bundle is available now!