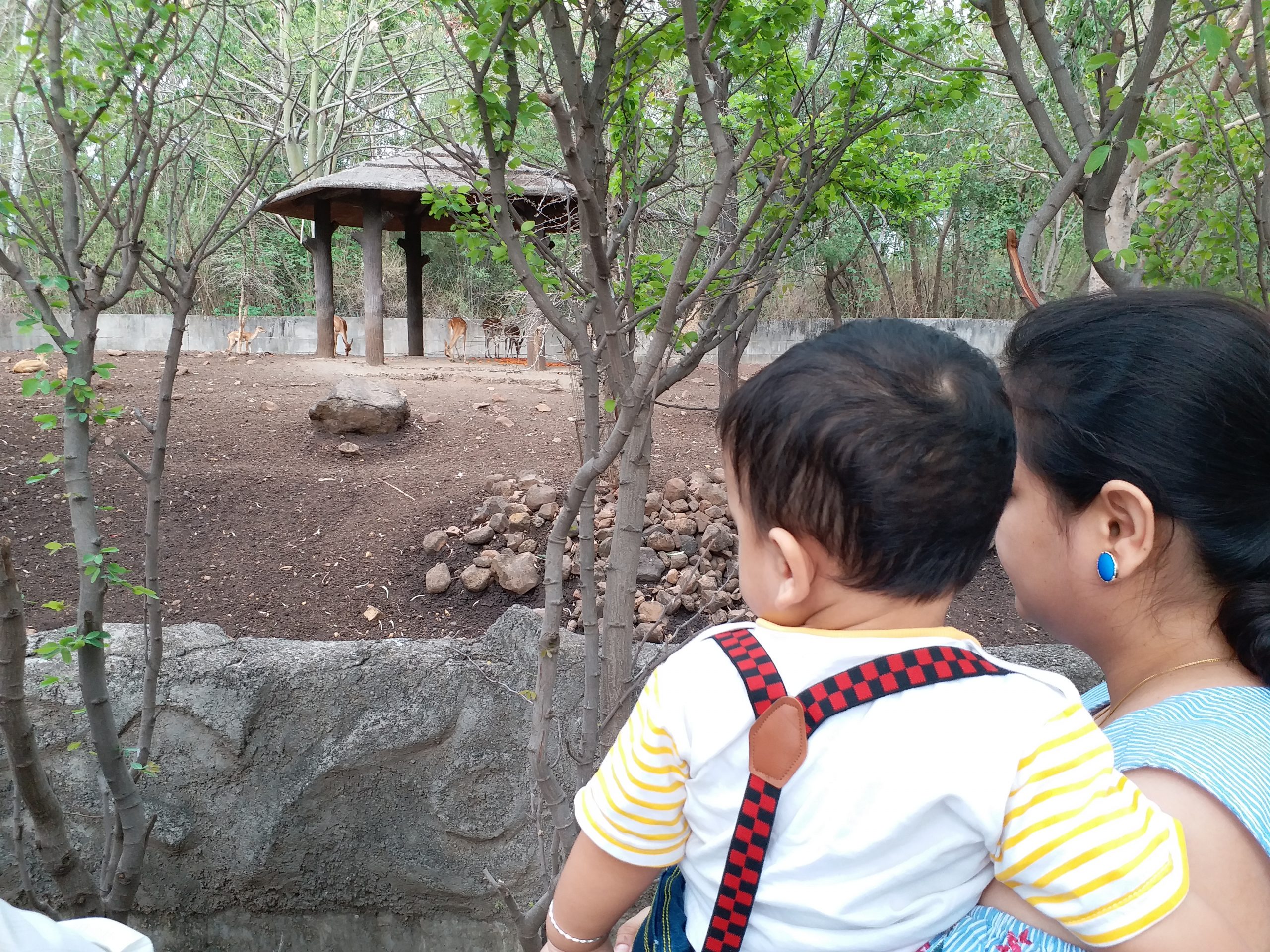 I am glad to participate in this #kbcKaadooMonkeyTales contest. Thanks to KBC for conducting such interesting contests. I would like to share my son’s first visit to a sanctuary, who is 3 years old now.

It was a sunny day when we had planned to visit to a sanctuary. Especially, for my son (Joy) who was just 1 year 3 months old and had just started walking with baby steps.

We reached in the morning around 11 am. We carried the pram along so Joy could enjoy watching the animals on his wheels and we wouldn’t have to carry him for long distances. The sanctuary was very vast.

As we entered, Joy was eager and super thrilled to see the various animals whose stories he had only heard. We encountered with some reindeer first. Joy exclaimed, “Mamma! Looook! What is that on its head?” I replied with a smile, “Those are its horns.” He keenly looked at them. We walked ahead. Then we saw a pair of bears. They looked huge. Joy was glued to them. He got scared and closed his eyes as one of them opened its mouth to yawn and the sharp jaws could be seen. My husband and I laughed at his innocent expression😆.

He was in his pram only, sitting and enjoying every view. Then when we told him that we will be seeing a lion now. He got so excited that he insisted on getting down and watching it closely. The mighty lion was sitting near a bush and staring at the visitors. Joy gripped our hands tightly as he was astonished to see the creature as well as had a feeling of fear.

He enjoyed taking his baby steps and refused to sit in the pram. He wanted to witness each animal by himself. We watched many other animals like a wild boar, wild buffalo, elephants, fox, hyenas, deer, rabbits, white tiger, panther, cheetah etc.

The best part was Joy was enjoying watching each animal move and even was talking in his own mixed languages which meant, “Hey! Come to me. I want to talk to you.”

Then, came the section where we were to see some snakes. Joy jumped into his pram and sat there as he got scared looking at them.

We then moved ahead to the section of birds. First we saw a beautiful peacock who had spread its feathers. It was such an enchanting view to look at! Joy could not believe his eyes and asked me, “Mamma, how come peacock spreads its feathers.”😊 There were some peahens too.

After a while, getting super excited to watch more birds, he got down from his pram and started walking all by himself, unaware of the fact that his baby steps won’t take him long. After walking a while he stumbled down and sat down on the lane and started laughing. We gave him a hand. Again he started walking all by himself as if nothing happened. We enjoyed capturing his innocent excitement and enthusiasm to watch every creature on his own.

We returned home by evening. And since then, he tried narrating in his broken mixed languages to every other person he met, what he saw at the sanctuary. His best narration was, “I saw a biiiiiiiig lion” with his eyes opened wide and open arms trying to describe its size.

A memorable day well spent. We were happy too that at least we could add a memory in his mind of imagination.