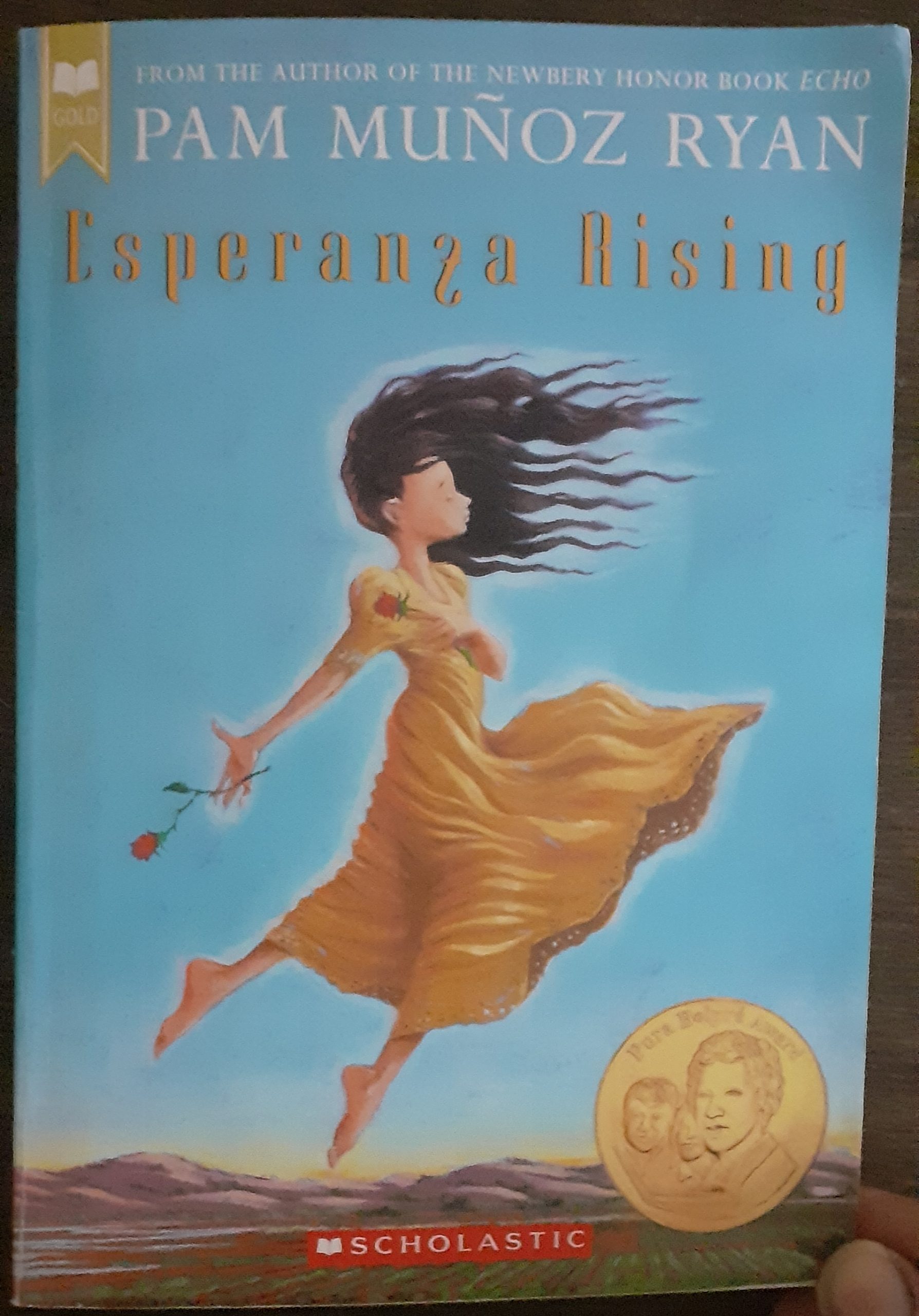 I am writing this review post on behalf of my daughter Prisha Ambi (9 years old) who is an avid and advanced reader.

This is an interesting book about a girl Esperanza who thought that life is always full of happiness but sudden change brought a whole new life in front of her. It focuses on how she accepts this new life and rises to a new height.

The book opens with an interesting conversation between Esperanza and her father in a vineyard. He was telling her that earth has a heartbeat and asked her to listen to it quietly and patiently by laying down like a Caterpillar.

Six years later, just a day before Esperanza’s 13th birthday her father died and her father’s stepbrother Tio Louis had to take charge of the family and the family business. Two days after her birthday, Tio Louis asked Esperanza’s mother to marry him to which her mother refused.

During the fire, Abuelita (Esparenza’s grandma) hurt her ankle. Tio Louis gave Esparenza’s mother another chance. Two of her servants Alfonso and his wife Hortensia told her to accept the proposal because Tio Louis would burn down the servant’s bedroom as well, so they had a plan to run away, which meant that they would say yes but before the marriage they would escape!

As Abuelita had hurt her ankle she could not come and said that she would take some of her money to travel later.

They were going to California. First, they had to travel in a cart but then they had to travel on a dirty train which Esparenza was not used to. When they finally reached the place, they had to live with Hortensia’s niece and friends. Esperanza did not like that place at all because there was a bed which was sufficient only for two people but three people had to sleep in it – Isabel (Hortensia’s niece), Esperanza and her mother.

Life was worse there but it became even more worse when Esparenza’s mother became ill and she had to start working on a farm instead of her mother and earn money for a living.

The book represents that the life is not as easy as it seems. The author has narrated it so beautifully that I am glued to it every time I read it.

Esperanza rose from the darkest moments of her life! From a bubbly girl to a responsible person, she fought all odds and proved that one can take life as it comes and live a life.

If you enjoyed this review and would like to order this book from Amazon (kbc affiliate link),