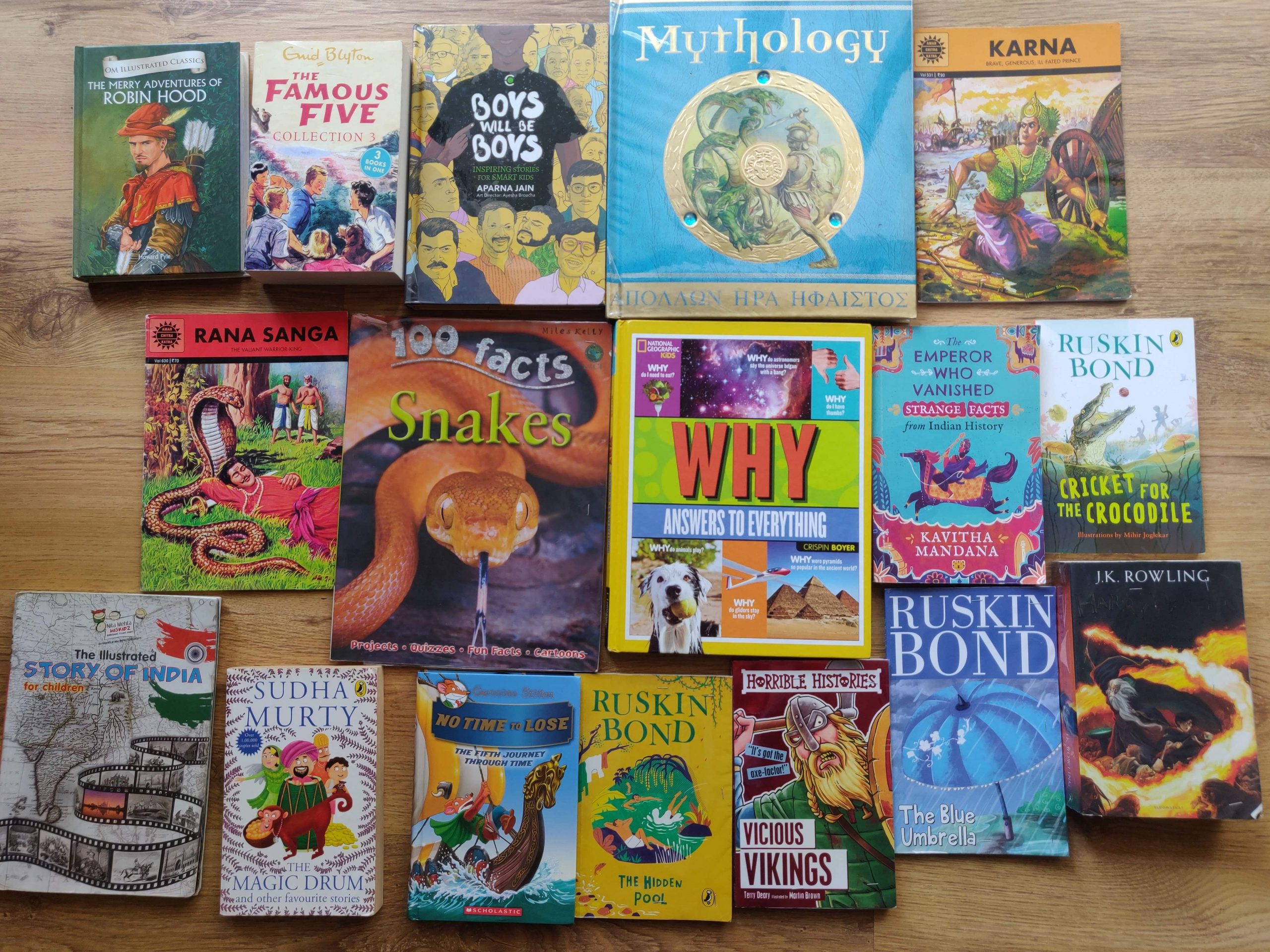 I had a lovely time participating in Book Bingo by Kids Book Cafe.

So these were my picks for the #kbcBookBingoSr and I hope you all too enjoy reading these books.

Tales of Troy and Greece

Tales from the Vedas and Upanishads

Tales of the Greek Heroes (Puffin Classics) for 8-12 years

George’s Cosmic Treasure Hunt for 9-11 years and of course for space geeks 🙂 . These books are a highly recommended series called GEORGE’S SECRET KEY TO THE UNIVERSE by Lucy and Stephen Hawking

The Adventures of Prince Akbar (Classics with Ruskin)

Medhansh has a few ROSS WELFORD BOOKS which he has really enjoyed. In fact, Ross Welford is his current fave author!