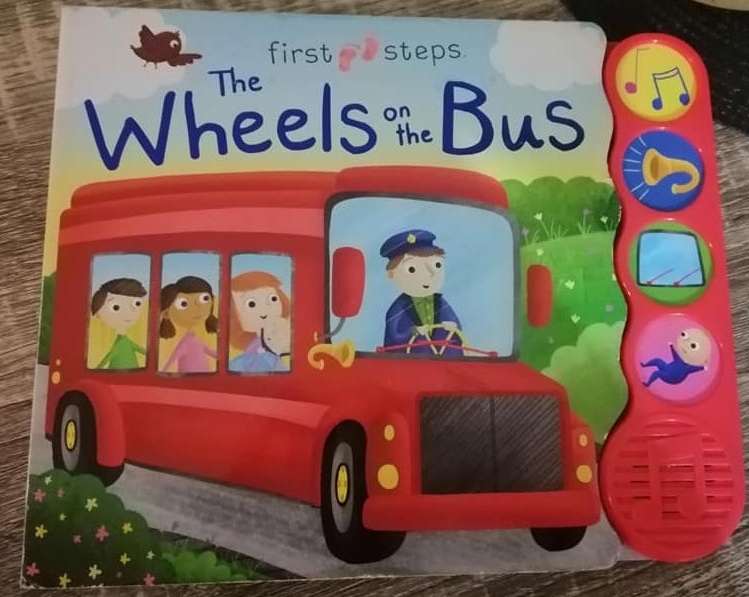 I think when we were young, we didn’t have or hadn’t heard the concept of musical books. To be very honest, I was skeptical when I first bought this about 6 months back for the little one. Old school as I am, I didn’t quite like the idea of ‘technologising’ a book which is also my pet peeve with kindle for my ownself.

I have been trying to be less critical of things (Gosh! that’s hard work) so I decided to give this one a go.

And every time this one was brought out, it made me squirm that Uday pressed the little buttons listening to the poem, more than he bothered with actually turning the pages and trying to associate the pictures with the words but anyhow the book was brought out
a) because he asked for it and
b) because he seemed to enjoy it which basically meant, I had to deal with the ghosts haunting my head and a teeny tiny corner of my heart.

Anyhow, we went to the mall this week (we live in Sydney) and they had this new toy for the kids which is a bus and Uday was soooo excited to see the “mummyyyy red bussss(shh) ” and much to my amusement was singing (or atleast he got the round round beep beepp , shh shh shhh and wah wahh wahh right) which makes me wonder.. .

Maybe he has been turning the pages and bringing the book come to life .

I guess that would mean a win! Yes ?

If you liked this blog and would like to order one of the many variations of ‘The Wheels on the Bus’ sound books from Amazon,

A sing & slide version of this book is available on Amazon here.

Other popular sound books on Amazon can be found here.