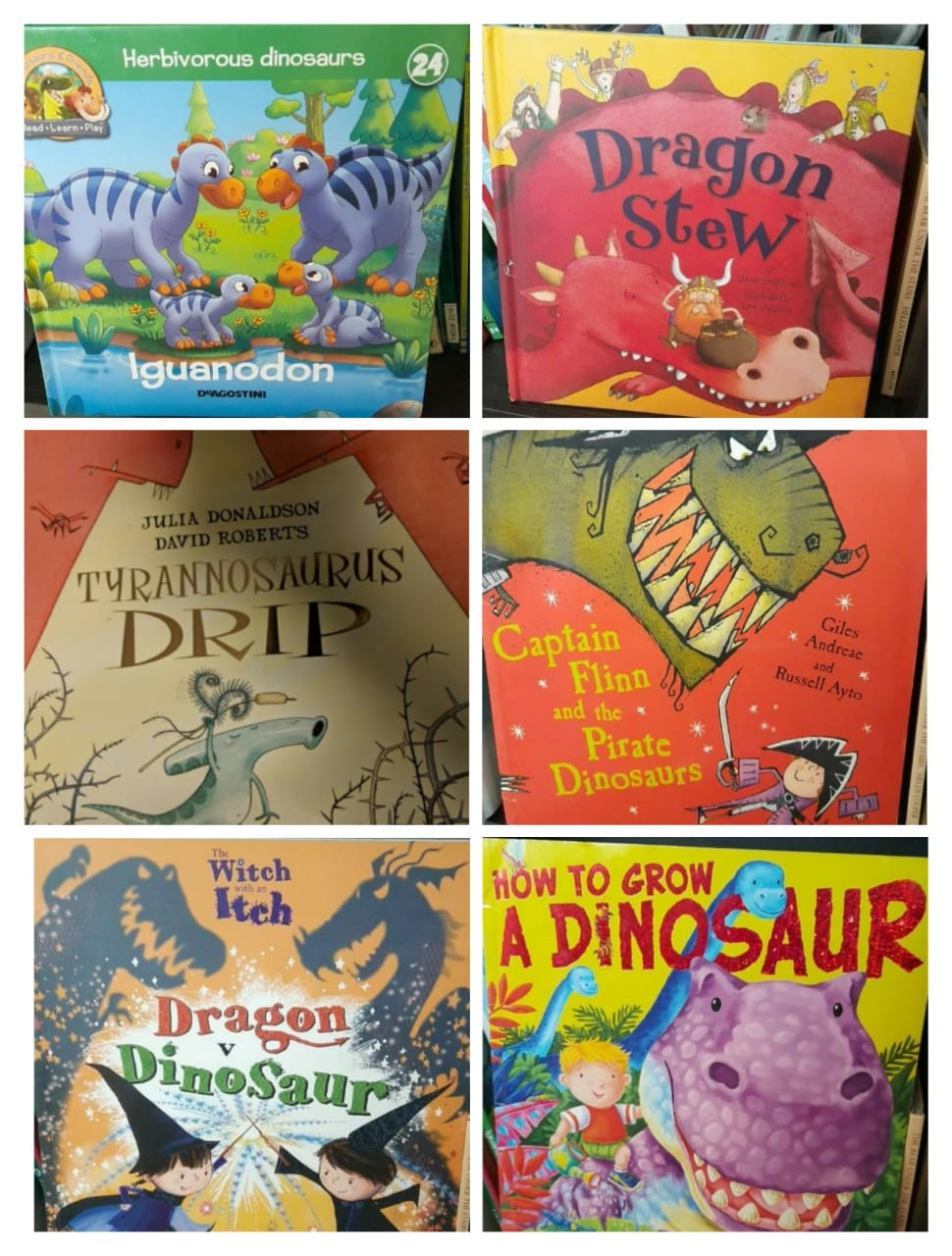 Boy or girl, every child deserves to have at least one dinosaur book in his/her personal collection. We asked our members which ones they loved and recommended, after which we decided to curate a comprehensive listicle of Dino Books for all ages!

There’s a Dinosaur Book for everyone!

Pop up Dinosaurs: A pop-up book to get your jaws into!

Dinosaurs come in all Sizes!

The Dinosaur who lost his Roar

The Witch with an Itch: Dragon vs. Dinosaur

Mad about Dinosaurs by Giles Andreae

Dinosaurs’ Day Out by Nick Sharratt

How to grow a dinosaur

Oh Say Can You Say Di-no-saur? All about Dinosaurs – Dr Seuss.

Danny and the Dinosaur (I can read)

Dinosaur Pox (Laugh Your Socks Off)

The Dinosaur’s Diary by Julia Donaldson

Read it yourself with Ladybird: Dinosaurs

Dinosaur and Monster and the Magic Carpet (Kindle)

Can you find 1001 Dinosaurs and other things?

Captain Flinn and the Pirate Dinosaurs by Giles Andreae

Captain Flinn and the Pirate Dinosaurs series of books

Boy, were we wrong about dinosaurs!

The Good Dinosaur (book of the Disney Pixar film)

The adventures of Padma and a blue dinosaur

The Big Book of Dinosaurs

The Usborne Big Book of Dinosaurs

If we missed out on your favourite Dino Book, feel free to add it in the comments below and we’ll include it in the above list!

[Note from Team Kids Book Café: For your convenience, affiliate links (MARKED IN PINK) to some of the books have been added to enable you to buy the books from AMAZON, should you wish to! A very small amount of money comes to kidsbookcafe.com when you purchase a book via the amazon affiliate link provided (at no extra cost to you!). Do let us know if you need information about other children’s books by writing to asha@kidsbookcafe.com.]