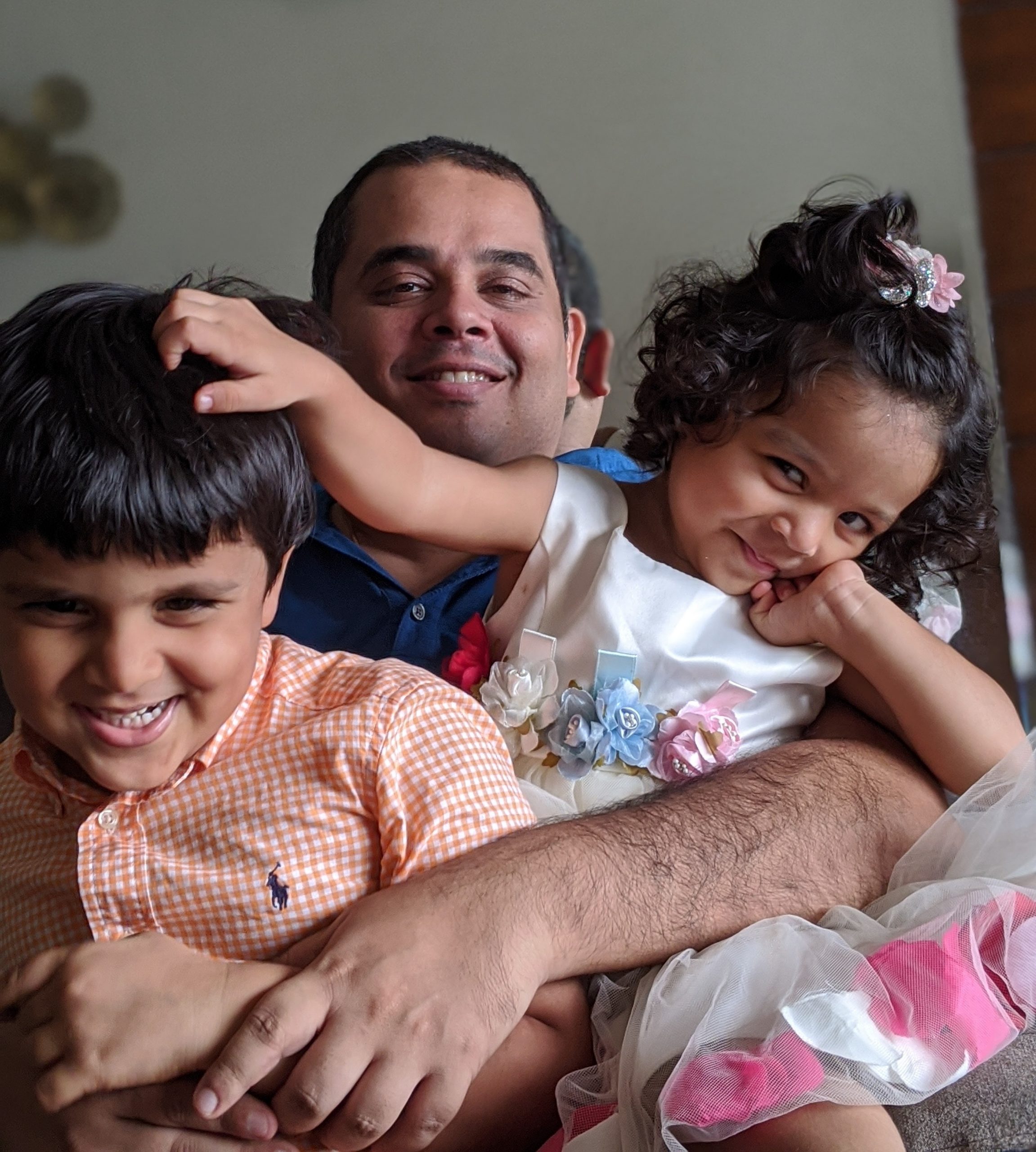 This is my story entry for the #kbcPinkooShergill Contest.

“You can be a Papa when you grow up, my jaan,” Ruhi said kindly to her little boy.

“Ohho beta, boys are called Papa and girls are called Mumma. So you can be a Papa. Okay?”

“No no. I want to be a Mumma, I want to be like you, Mummy!” He smiled sweetly wrapping his arms around her neck.

Mohit carefully lifted his hand off his little bundle. He knew just how precarious those few seconds would be, for him to crawl off the bed, and creep out the door in complete darkness.

Moments later he quietly shut the door, but not before giving his swaddled angel a last look. His heart still hiccuped at the sight of her. He heaved a sigh of relief and smiled. Mission accomplished. A glance at the clock told him Arya was running late. She was going to be exhausted, and ravenous. He quickly set the table, popping the food in the microwave. There were bottles to sterilize but he knew Arya would insist on doing them. And he would let her. For now, he was tired, and his mind a jumble.

The key turned in the lock as if on cue and a crumpled Arya walked through the door. “I’m so sorry love, it was just a crazy day, that ass…”

“They’re asleep? 2 minutes, just 2 minutes.” She softly opened her daughter’s door and couldn’t help but smile wistfully. 5 year old Ila was sprawled on her stomach, no blanket. She always felt terribly hot. She’d missed another bedtime, and like every time, her insides pinched. There was no way she was checking on Alya. That would be like poking a hungry tiger.

Mohit sat on the table, lost in thought, when pulled up a chair and joined him. “What’s wrong, babe? Your day was crazy too? One of the girls in a mood?” He shook his head and laughed. “When is one of them not having a mood? No, it was a good day. I’ve just been thinking…”

“About what?” she asked, serving herself, and putting a roti on his plate.

“Work. I’m not sure, Arya. I just… Jesus, I can’t imagine leaving Alya already. I waited a year with Ila to even go in part time. Alya is barely sitting, just starting to eat… I just…”

Arya smiled. She had been waiting for this conversation; seen it building in Mohit for the past few weeks as the time for him to return to work inched closer. She’d gone back to work at 3 months postpartum, and as much as she missed the girls through the day, she was happy. Content. She liked the balance she had.

“Hold on a while longer? Wait till you’re ready?” she asked, reaching over to stroke his hand.

“But can we? I mean financially, I should…”

“My appraisal is next week. Pratik has hinted it’s going to be a good one, fingers crossed. If they give me the raise I’m expecting, we’re covered. Maybe wait a week and decide? Will Jerome be ok with it?”

His faced looked like someone had lifted a load off his heart.”Yes, love. He is.”

And just like that, he could spend 6 more months at home nurturing his little children, his dream from a lifetime, that Ruhi, his mother had never imagined he would fulfill.

Gender stereotyping doesn’t exist only in the professions we choose, but also in the choices we make in working towards those professions. I hope one day, when my children are older and making these choices for themselves, maternity matches paternity, and both parents are able to freely choose what their heart desires, for their work and their family, because that is what it truly boils down to. Equal choice.