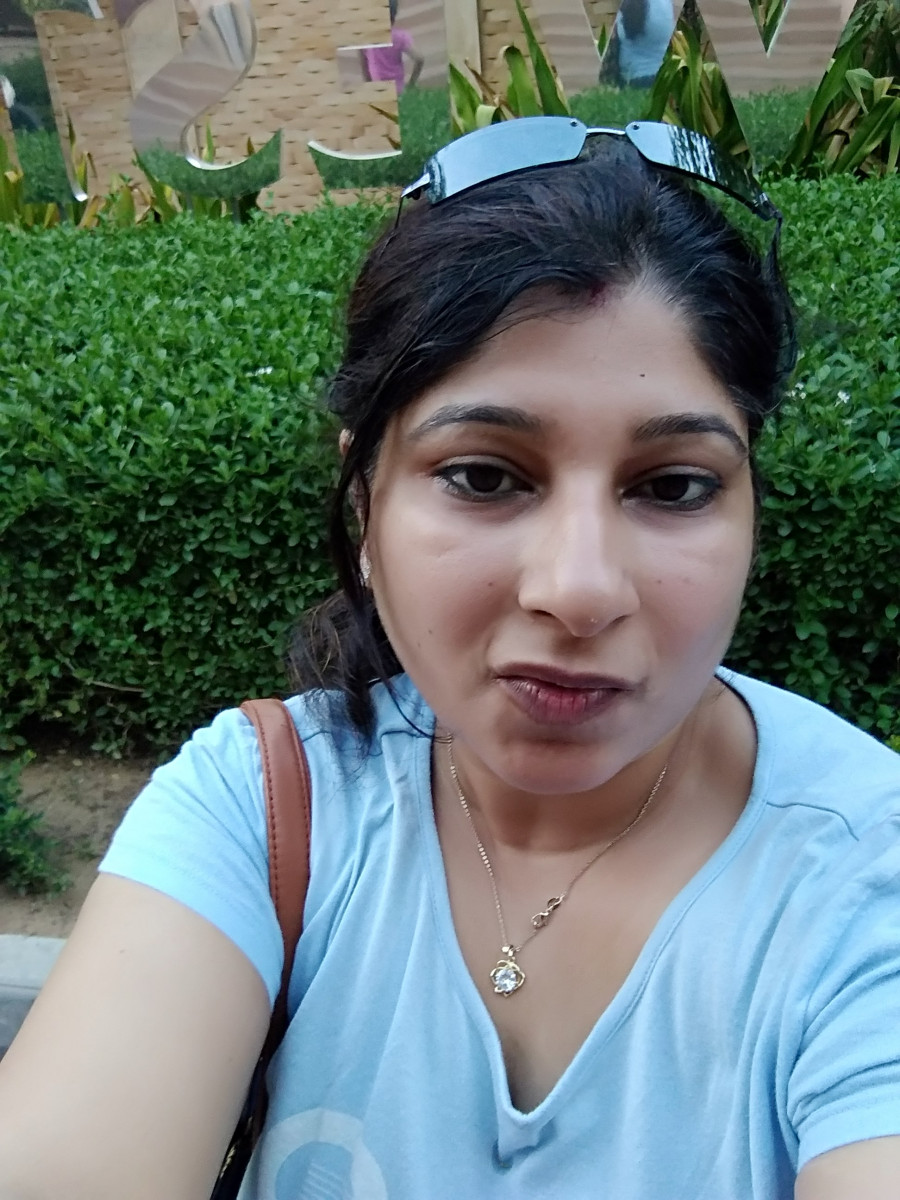 I am sharing this story as a part of the #YouCanDoIt Contest!

Have you ever experienced flashbacks from your life coming back to haunt you?

Well, it’s a very regular kind of event for me and keeps happening to me from time to time at weirdest of the places and settings and that too with my eyes wide open. While cooking, watching TV or even when I am sitting beside my bedroom window (which happens to be my favourite spot at home and watching people coming and going on the street – I usually get mentally lost and transcend back in time).

Flashes from my childhood, adoloscence, marriage etc keep coming and going and sometimes I laugh and giggle while at other times a tear or two trickle down from my eyes and get dried on my cheeks. I even lose track of time or events which are happening around me and it’s only when the phone/doorbell rings that I snap back to reality.

I remember my father telling me once during a conversation that “some people are born great”, “some achieve greatness in life with their deeds” and “greatness is thrust upon some of them”. Even when I was just a tween, and with almost 8-10 years spent in school, I was sure that I didn’t fall in the “born great” category. Also growing up in a middle class Punjabi family, and leading a simple life – greatness getting thrusted upon me was out of question!!

So what remained was the middle path of achieving greatness or at least becoming successful in life, which is usually the path for ordinary people like me, and the question now was how to do it?

When I told my mother that I want to achieve greatness in life she handed me some 5 inspirational books from her bookshelf which were mostly stories about freedom fighters, great people like Mahatama Gandhi, brave queens like Rani Lakshmibai and scientists whose discoveries had changed the world.

I read all of them and yes, got little inspired too but then thought that it was their destiny, their life, and too much sacrifice went into everything. Also, I didn’t want to copy anyone of them. Fortunately with examinations approaching at top speed, I gave up on my quest for greatness and decided to complete my schooling with a top position and then prepare for medical entrance test and become a good doctor. This was my father’s dream and plan for me and even I felt it was good.

I topped my final year school examinations and tried to give my best to my medical exam preparation. Just half way into it, I fell sick. The month was January and I was down with fever now for 15 days. Also the sides of my throat (lymph node area) had swollen badly and we’re painful. Though painkillers were given to subside the pain, I couldn’t study as well as I used to and an unknown fear that something terribly bad is going to happen to me had engulfed my mind and heart.

From one doctor to another and with around 2-3 tests happening every other day and injectables being given on a regular basis, by mid of March I had given up on regular studies. My fear for injectables had withered away as by then I had got almost 30-40 shots and even penetrative tests in the throat were conducted to diagnose the disease. Finally a biopsy of one side of my neck confirmed that it’s lymph node tuberculosis and another three months were spent on medication and dressing of the surgical wound as it was not healing. The wound was finally burnt with surgical solutions and it then healed. It’s not even possible to describe the pain I had gone through in words. I Just wish that no one has to ever go through anything even near to it.

As for examinations, they came and went and though I attempted them, even with a half bandaged neck, there was no chance that I could clear it. I had cleared one biotechnology exam even in that condition but couldn’t attend the counselling as my stitches had not healed. Also, I had lost trust in my life and future and just wanted to be with my family.

My family was with me and I could see everyone suffering, praying for me all the time and silently crying. It was unbearable and my question to God was, “Why Me…? God never chooses to answer such difficult questions, and even after everything, one has to live.

My first wound had recovered considerably by August and medicines and dressing had become my routine, when even the other side of the neck (lymph node) started showing swelling and pus formation. Doctors immediately decided for another operation and in a week’s time my whole neck was bandaged. This was getting too much for me. It was August, half the year was gone, my education and future was in a mess, I had turned from a good looking girl into an ugly looking creature and my hands were empty. But again one has to go on.

It took three more months for me to recover and as I had missed my graduation exams too, I had nothing to look forward to. I clearly told my parents that if destiny is so cruel towards me and wants me to do nothing, so be it. I will not study any further and remain a 12th pass girl. Later you can marry me off to someone and that’s it.

Everyone was trying to convince me to continue my studies and told so many stories about unfortunate people, who were almost reduced to nothing and rose again like a phoenix does from ashes. But I had decided to not do anything in my life.

It so happened that one day a man from a charity organization visited us (he used to come earlier also to meet my grandma) and brought his son along with him, who was blind. Till then I had thought that I am the most unfortunate person in the world but sitting with that boy and listening to his story, I came to know that despite of his shortcoming he has not lost faith and has decided to create a future for himself. He wanted to do a course from ITI and stand on his feet. For the first time in many months I felt that even when God has taken away a year of education from me, I still can try and gather courage and start once again.

Even after trying to convince myself on pursuing the medical line again and again I somehow couldn’t muster the courage to think about blood, hospital, needles, etc. Probably I had seen enough of it for a lifetime. So, I finally decided on completing my graduation and also started preparing for CAT. I don’t know why, but my heart was set on doing an MBA and I felt that I could do it.

With God’s grace and family support, when the time came, I cleared the exam and got admission in one of the best B schools. I completed my post graduation with Gold Medals and my future was waiting for me with open arms.

So, this was the story of a part of my life which changed many things for me. I won’t say that this was the one and only struggle I had to go through and it was happy ever there after but that’s another story.

All I can say is that when I was at the lowest point of my life, and wanted strength and courage to start again, that boy became my inspiration. He ignited in me the will to stand again and start but after almost two decades of that time and what I have experienced later in life, I find that, though there are many great people and stories which inspire us, a person’s real inspiration comes from within. It’s our own life and it’s highs and lows which teach us to tread forward without breaking and giving up.

Life is uncertain and we don’t know what the next moment holds for us. Our planning may go for a toss, our courage and strength may be abysmally low but it’s the spirit within which inspires one to outsmart one’s destiny and rise again and again, just like a phoenix does from ashes and lives.