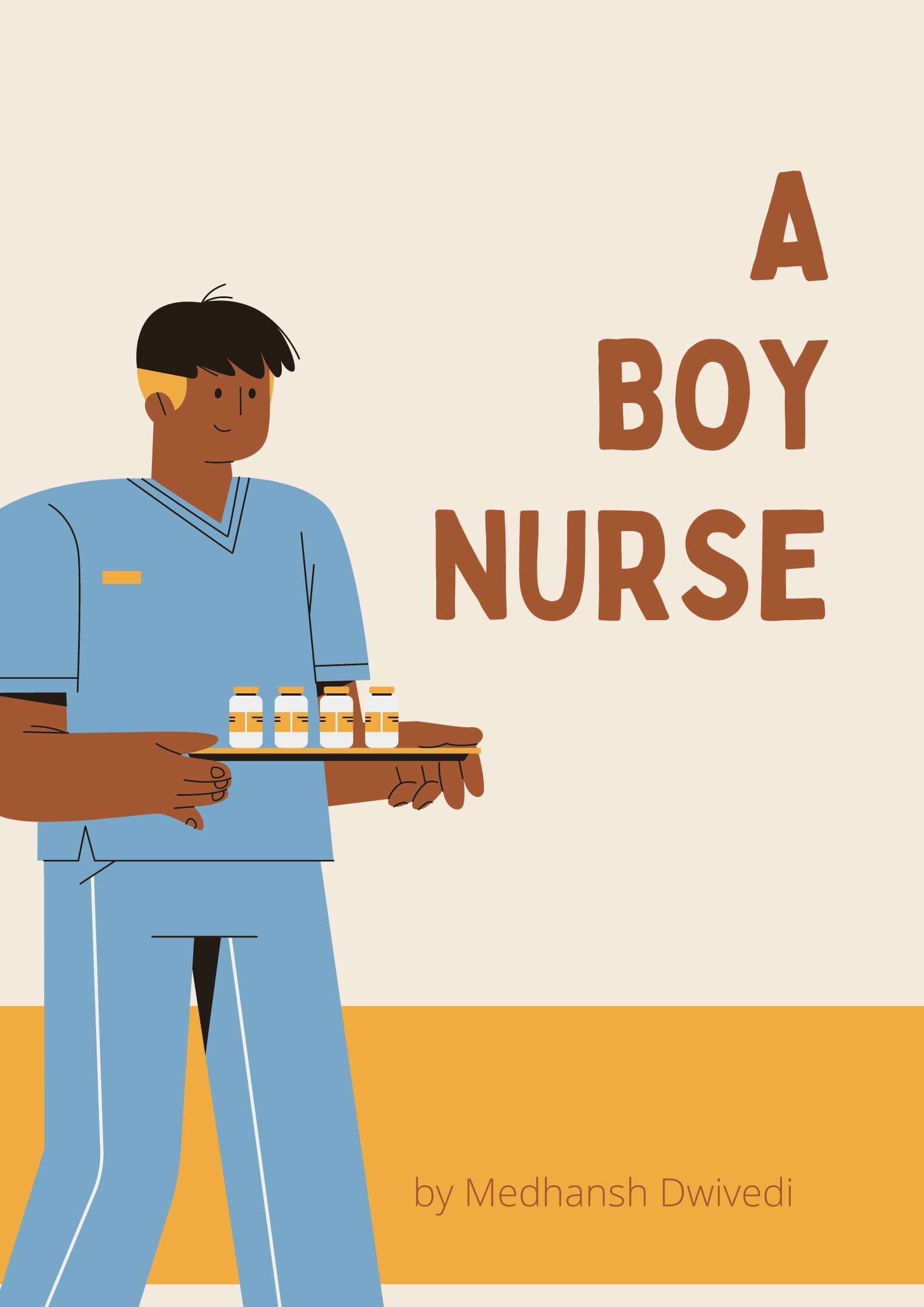 This fictional story is for the #KBCPinkooShergill Contest and is written by my 10 year old son , Medhansh Dwivedi.

There was a boy named Ray and he desperately wanted to become a Nurse, but during his time boys were not allowed to become Nurses. People thought it was job suited more for females. But that was not true and Ray was about to change it.

Things were difficult for him to pursue his choice of profession as he was a boy. He learnt about medicine, but when he said that he wanted a job as a nurse, his schoolteachers laughed him out of there. The same thing happened every single time he mentioned it to his classmates. Many of them wanted to pursue medicine but as a doctor and not nurse. Nursing wasn’t enough manly profession as per them. But Ray wanted to follow the path of Florence Nightingale since the time he read the story of ‘Lady with the lamp’ as a kid.

It was spring, Ray was walking while the flowers bloomed around him. He was thinking how to achieve his goal when he heard a voice. It was Ray’s friend Mack who mocked at him and said “Hey Nurse nerd!!”. Ray went on his way ignoring Mack, but he was hurt. When he reached home, he told his dad about the incident that happened. His dad was one of the few people who always supported Ray. Dad tried to cheer him up, but nothing could make him happy, not a joke nor a tart.

After finishing grade twelve, Ray had summer holidays. He began his work to get in one of the best universities in the world of medicine but that would mean that he will have to become a doctor, but that wasn’t going to happen.

Ray was looking forward to receive his report card so he could enter the college. He was very happy to clear the exams with exceptionally good grades. All the colleges invited him for the interview.  But the moment he uttered the word ‘Nurse’ , the head to the college threw him out of there. Same thing happened every time and every other college. Some made fun of him, other asked him to leave.

When all hope seemed lost and Ray was about to give up, a gentle voice said, “Son what are you doing here?”. Ray looked up and saw a man about forty or fifty looking with lot of affection towards him. The stranger looked so comforting that taking a deep breath Ray told him everything from to beginning till the end. The man replied, “You should not leave your dream. Go ahead, fight for it and make it come true”. Ray immediately stood up and said “Uncle, you are right. I am wasting my own precious time sitting over here. I need to go find my way”. Then after saying goodbye to the stranger, Ray went on his way, i.e., the path to success.

The next day Ray walked proudly on the streets and alley ways, ignoring his friends and their snide comments. Then he went to a collage in the nearby town but failed to get admission, another collage where he failed again. ‘This happens!’, he told himself. After trying many times, the words of the man from the previous day rang in his mind and he ran to the spot where he met him. After a long search he found the man who was sleeping on a bench. Ray woke him and the man said,” Oh it is you! Now tell me what has brought you here, my boy?”. Ray explained him what all happened that day.

“Hmm I see, ok there is a man who works in a college called St. Mark’s College, he is the head and the founder of the school, and he will surely take you in his collage”. So now Ray got up and ran as fast as lightning and in some time, he was standing outside St. Mark’s College. Taking a deep breath, he knocked at the door.

A man opened the door and to Ray’s surprise it was the same man who helped him. He smiled and asked him, “Son, what do you want?”. Ray gallantly replied, “I want to become a nurse. Here are my certificates. Can I get admission here?”.

“Welcome to our college my first every Boy Nurse” he replied with a grin.

Ray could not believe it his dream had come true he would become a nurse soon.

Do you know, after Ray graduated all the other colleges started enrolling boys as Nurses too.