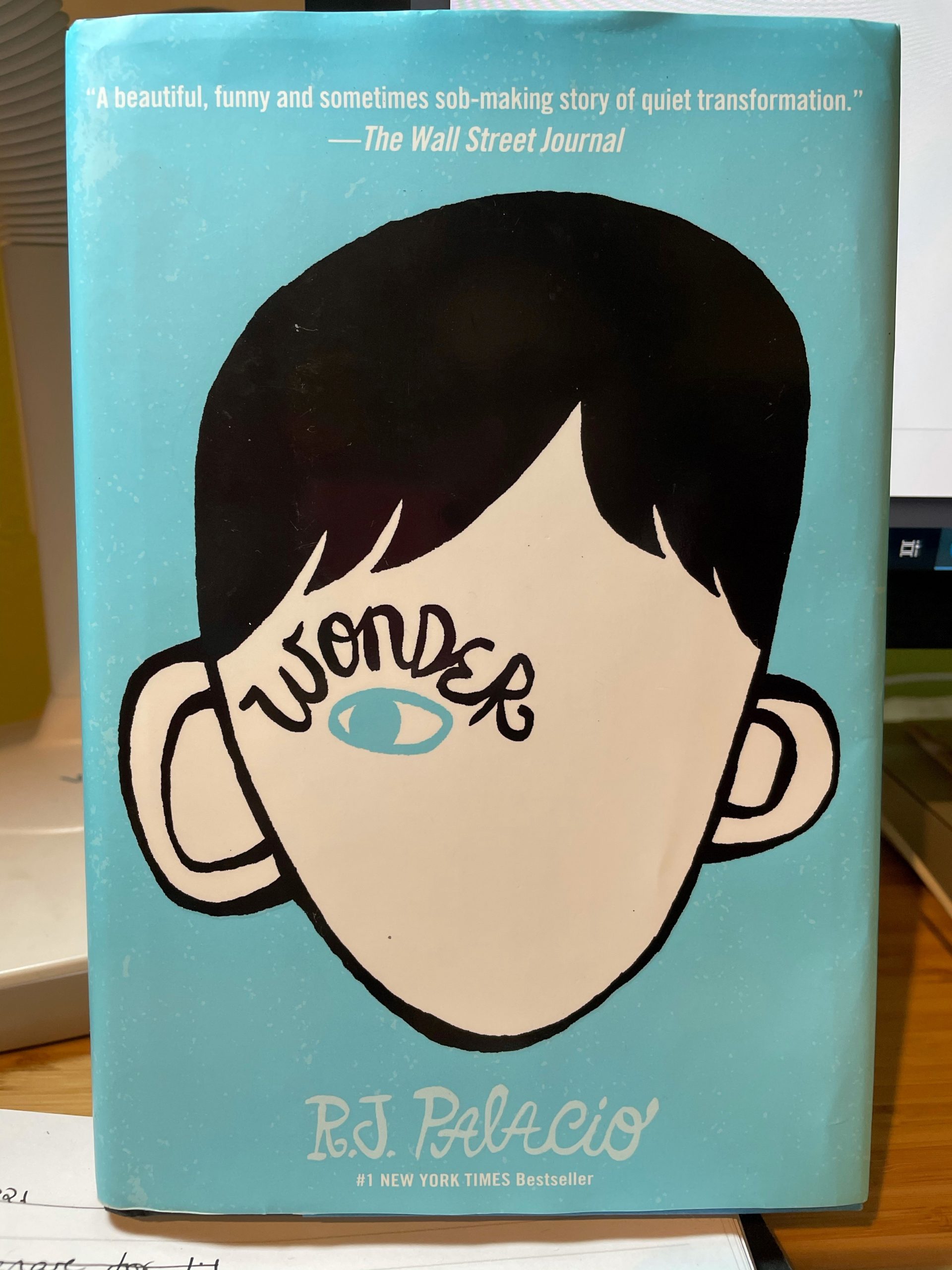 Wonder is a book about a child named August who has a  craniofacial  anomaly. This book is about his struggles in his life, and how he handles them.

August has a dad who calls him Auggie Doggie from a TV show they like, and a mom who is an artist but gave up her career to take care of August. August also has an older sister Via, and a dog, Daisy. Everything in the family revolves around August due to his condition.

August is about to enter his first year of public school in middle school, after a long time of his mom home-schooling him due to his medical struggles. August objects, but finally he gives in to going to school. During school, he feels uncomfortable a lot because of the other kids giving him strange looks. No one pointed or laughed, but they talked about him behind his back. There was a kid called Julian who was especially mean to August. August makes friends with Jack and Summer, and they help him through school. However, not everyone is always a true friend to August. Read the book to find how August deals with his struggles!

I liked this book and recommend it because there is a lot of suspense, and you get to see different characters’ points of view. Not many books do that, but this one is unique in that sense, so you can see every situation from many angles. Most of all, though, this book teaches you about empathy and how to think about other people, which was a really nice message.

We have a hardcover copy, but it’s available in paperback as well.
If you liked this review and wish to order this book from Amazon (kbc affiliate link),