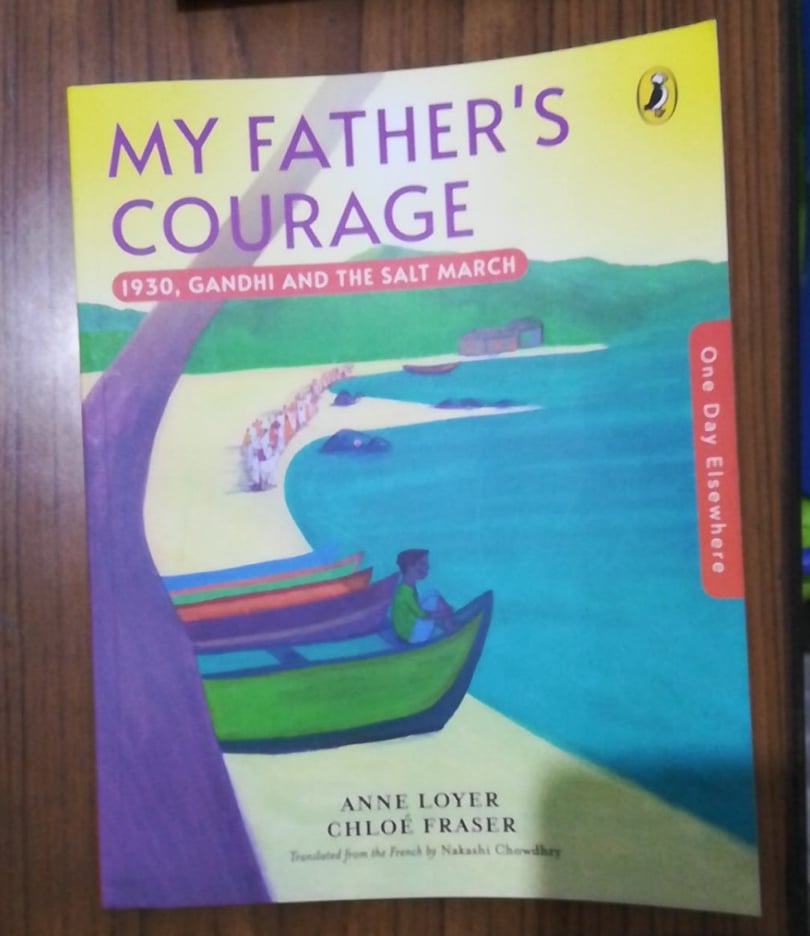 Translated from French by: Nakashi Chowdhry

Age group: 7-10 years (even older children and adults will enjoy)

“The honour of India has been symbolized by a fistful of salt in the hand of a man of non-violence. The fist which held the salt may be broken, but it will not yield up its salt.”

These famous wordings were said by Mahatma Gandhi after he finished the famous Salt March on 6th April, 1930, in Jalalpore, a small village near the coast of the Arabian Sea. And we all know from this salt march, the journey towards independence started.

This book has been written from the view of a small boy, aged 10 years. Aslam lived in a small village called Jalalpore, near the coast of the Arabian Sea. One fine day he witnessed the arrest of his father by the British police. He was shocked. He knew the British were capable of doing anything they felt like but he didn’t understand why his father was arrested. Then his mother told him he was arrested as he broke the law by harvesting salt. Aslam was taken aback; his father who always spoke about this salt law, and now he himself broke the law? Aslam couldn’t understand why his father did this.

What everyone will love about this story is the simplicity with which the story has been written, from a child’s point of view. What the child felt about his father’s arrest, about the British government and most importantly about Gandhiji – the fact that he was the person who could oppose the British authorities – all are wonderfully described by the author. Another point that will draw the reader is the harmony portrayed between Muslim and Hindu communities; the solidarity that they showed for each other.

It was a difficult topic for my 4.5yr old, but the point which attracted her was the father’s arrest. She kept on asking why the father was arrested? And at the end of the story she said, “Mamma the British people were very bad, they arrested Aslam’s father, but I liked Gandhiji – he was so brave”.

At the end of the book are some more facts about the independence movement and about Mahatma Gandhi.

Children above 7 years will love reading the book as they will understand better.

To know finally what happened to Aslam’s father, do get the book

This book is part of the One Day Elsewhere series, all translated from French by Nakashi Chowdhry and told through the eyes of a young child. The other books in this series are: