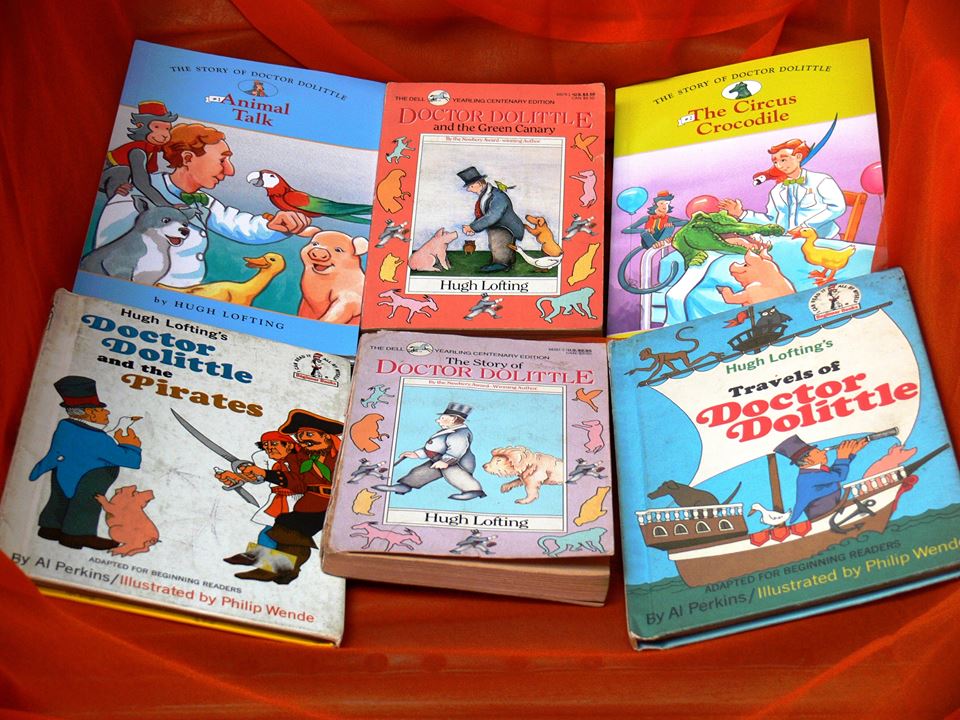 I love the Dr. Dolittle books, and they’re being revived, so I wanted to share a small write up. Have you read any? Tell me in the comments.

Talk to the Animals

It’s a brilliant concept that appeals to children and adults alike – a man with the ability to talk to animals. The original books by Hugh Lofting (a series of 12) have spawned numerous spin-offs, abridged versions and part-stories, and two versions of a full-length movie.

What makes the books so appealing? The basic idea, to start with. Wouldn’t anyone like to talk to animals? But it goes deeper than that. Through stories-within-stories, Lofting brings out issues like animal rights (fox hunting, keeping exotic pets in unsuitable climates, and the like), injustice even among human beings, the ridiculousness of some of society’s expectations, and more. With a light, humorous touch, he gets his quaint characters to narrate tales from their point of view, giving readers a unique glimpse into the idiosyncrasies of human nature. There are epic adventures (visiting the moon) and everyday occurrences (fitting a pair of spectacles on a short-sighted horse), all making for a great deal of entertainment.

The Doctor Dolittle Books are back!

The books were re-printed recently, and one of the problems the publishers faced was the supposed political-incorrectness of the original versions. Lofting wrote for a different time and sensibility – would it be advisable to tamper with the original to suit a new era? After much thought, the publishers, along with some of Lofting’s family members, apparently decided that he, himself, would not want to hurt anyone, and they adapted references to dark-skinned people, and other such references, to be more suitable to today’s reader.

[Note from Team Kids Book Café: For your convenience, affiliate links (MARKED IN PINK) to some of the books have been added to enable you to buy the books from AMAZON, should you wish to! Do let us know if you’d like to buy some other children’s books that are not listed here by writing to asha@kidsbookcafe.com and we’ll enable a shopping link for you!]