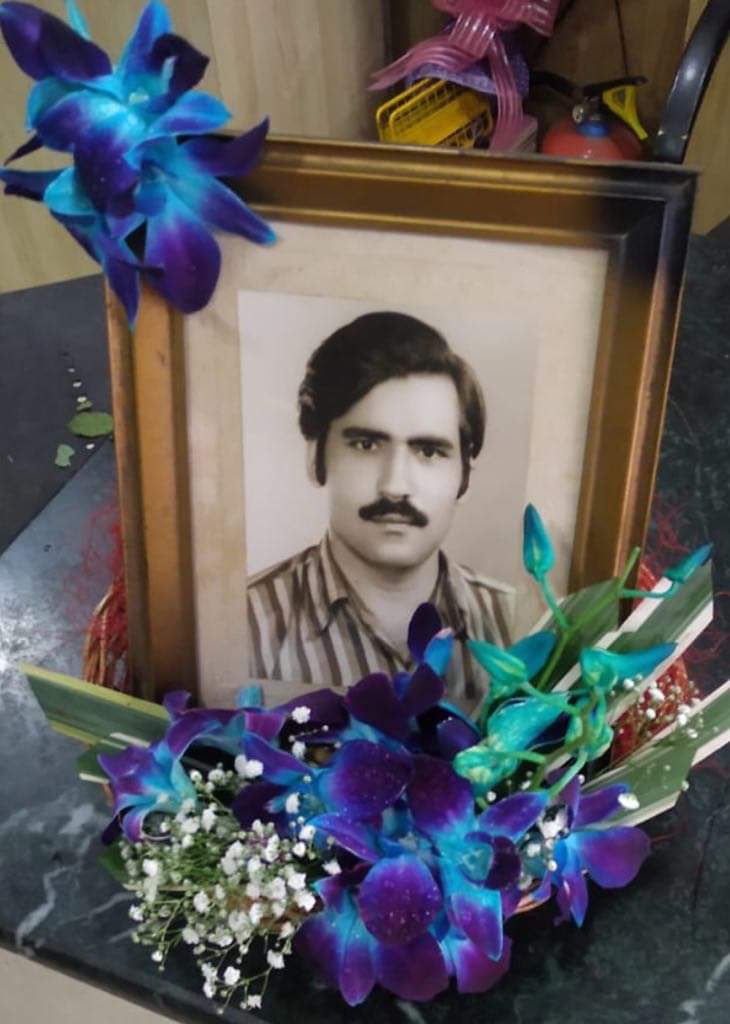 For the #YouCanDoIt Contest, this is my story…

I am a daddy’s girl as most of us are. I used to share every big and tiny stuff with my Papa only. He was my best buddy, role model and my soul. When I was in graduation 3rd year in 2006, my dad fell sick suddenly. He was suffering from Hepatitis E (not life threatening). His hepatitis was declared clinically lengthy by all the doctors as he got treatment for 6 months.

During those 6 months papa was hospitalised many times as his bilirubin was high frequently. He was the most strong-willed and tough guy with a never give up spirit. My dad was having great knowledge of Ayurveda. While been unwell himself he treated hundreds of people suffering from the same disease. Unfortunately his medicines were not working on himself. Due to doctors’ negligence we lost my Papa.

On 30th April 2006 I got a vision around 3:30-4:00 am. I got up literally and saw my dad lying on the floor in a white sheet. I immediately started phoning my brother Dhiraj who was in the hospital with him, but he did not pick my calls. I panicked as I was all by myself at home, just masi was there I woke her up and told her I am leaving for the hospital as I am sure papa is having some problem – Dhiraj is also not answering my calls.

Barefoot I went down around 4:30 am and opened the door saw my 3 cousins were already standing there I laughed hysterically and said OK so it means I lost MY PAPA. That’s what brings you all here at this odd hour. I started running on the streets yelling papa don’t go I am coming wait for me and take me along.

My cousins and neighbours came after me and said nothing happened he is fine but I saw him in my vision like that I told them all. 7-8 people together stopped me they were holding my hands and legs. I fainted after a while got up later I was still on the footpath and hundreds of people were around me. That was time they were bringing back papa, my papa, but lifeless.

That’s all I remember and then I zoned out. When my family members came I was not able to recognise anyone.

I was not crying, I was dead blank but still looking for my dad. My family told me I was not able to recognise papa as his body was swollen and tied up. I can’t recall much after that.

All the rituals were done I was physically there but mentally not alert. I was chanting papa is calling me, papa is calling me. Call my brother, call my mom. I was suffering from partially amnesia due to trauma. I tried harming myself several times. My brother and mom stood by me. Proper treatment for depression was done, but I was almost jailed in my home as I was aggressive and could cause harm to myself.

Finally things settled with time, but the vacuum remained and became wider with each passing day. I gave my final year exam in May-June during depression. I don’t remember whether I used to write or not but I could recall that I used to hold papa’s photo all day long even in the exam hall. I walked out without writing some of my papers but still I got 3rd highest marks.

It’s a big mystery for me till date as in HOW?

I dropped one year after graduation and was not able to join for my MBA as I was undergoing treatment. I gave up on life and everything. Then my brother told me my dad’s last words in his last hour before he slipped into coma – he said something to Doctors “My daughter is preparing for CAT exam and will be pursuing her MBA”. This was his last dream.

I had given up buy after several conversations my family convinced me to resume studies. I was still not well. I used to see my dad wherever I looked. I kept one condition, I will study but far from home. I will go outstation and stay in hostel and study. My mom was not ready as she thought I will end my life if I’ll go away from home.

My brother kept faith in me. I went Andhra for my MBA (Petroleum).

Before leaving I said something to my mom who was sacred, “Mai Papa ka Strong Beta Hun, I will come back alive believe me.”

Now it was MY ONLY GOAL in life to do my MBA exceptional good for my dad. But somewhere inside I was dying every day. I used to get anxiety attacks and a lot to health issues. I struggled alone but never gave up, never told my family, no one in my college knew I lost my dad. After 7-8 months when we came back home for vacation, a bunch of mates dropped me home then they came to know about dad. They all were shocked, why I never told them. I never wanted anyone’s sympathy – that’s why.

Now I am doing fine in life, blessed with a 4.5 years old loving daughter and my brother is always there for me just like Papa.

Words are less to express as there are many more things and incidents which proved me spirits never die and stay with us. The memory of my Papa saved me.