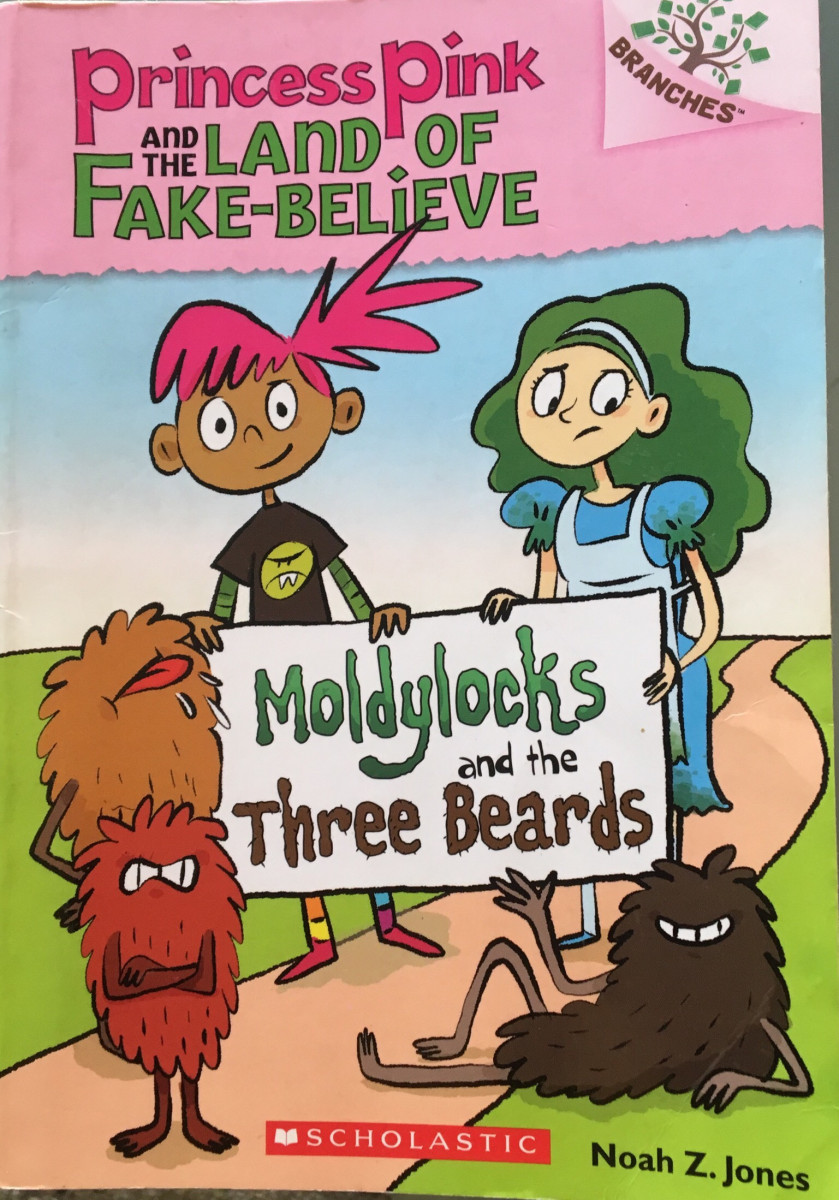 Book: Princess Pink and the Land of Fake-Believe: Moldylocks and the Three Beards.

(I am typing this review on behalf of my 9 year old daughter, Anika. This is one of her favorite books so she has chosen to write the review on her own. I have helped her at some places.)

I want my friends to read this story. I loved this story because it’s really funny and reminded me of my favourite toddler story – Goldilocks and the three bears.

The name is similar but the story is slightly different from that one.

The girl named Princess Pink does not like princesses, fairies, beautiful dresses or the colour pink. She has 7 brothers in the story but not a single sister. Her mom always tells her to dress up in pink like a princess but she always prefers to be like a cowboy. She is always in her own world.

One night when she was going to sleep she felt hungry. She went to the refrigerator and as soon as she opened the door she went into the land of Fake Believe! In the land of fake believe she meets a girl named Moldylocks (Reminds one of Goldilocks).

Moldilocks takes her to the house of Three Beards, the girls sit on the Beards’ chairs, eat their chilli and even jump on their beds!!

Read this interesting story by Noah Z Jones to find out:

Princess to the rescue! How does the Princess save Moldylocks from the Three Beards?

How does the Princess know that the land of Fake-Believe was not a dream?

In the end will the Princess and Moldylocks end up in the chilli pot?

You can find other books of this series here on Amazon.

If you like this review and would like to order the book from Amazon (kbc affiliate link),