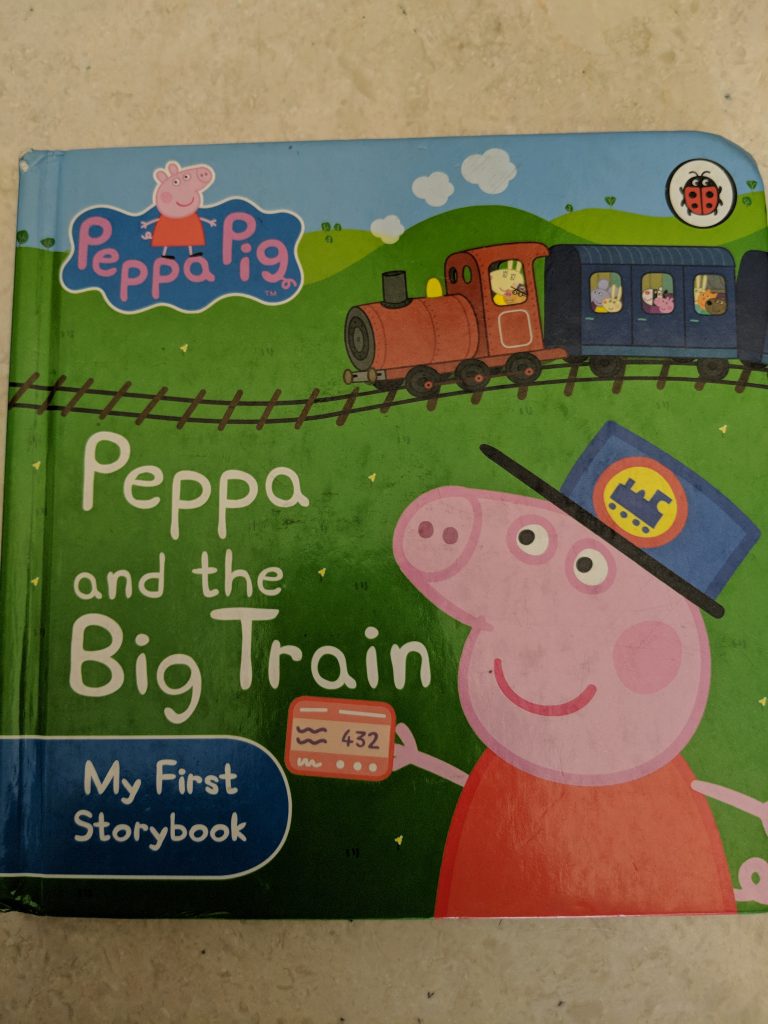 Book: Peppa and the big train

Wouldn’t it be great of kids just read the tv show stories instead of watching them? It would reduce a little bit of the dreaded screen time. That is why I purchased Peppa and the Big Train.

This story book is exactly the story of one of the television shows from Peppa Pig. Just like many children, my boy too had a phase of watching Peppa. I am not exactly a fam of the show to be honest.

I bought the book so he would enjoy reading instead of watching television. That was my tactic to get him more hooked to books. The hard cover ensure that the book lasts for a very long time. I used to read it to my boy when he was about three and a half and we still read it now that he is five.

The story begins with Peppa and all his friends lining up to aboard the train. They happily wave their ticket at the train conductor. With this book I actually taught my son about the train system – “You need to first buy the ticket, show it to the Conductor and then sit at your seat.” He was really interested to know. I think it was because we all have not travelled in the train much.

To make reading the story fun I made loud noises like the train “Choo choo…” My boy joined me too. Along the way they observe different things like a sailboat, a signal box and a tunnel. They take one big round and return home.

I always prefer books with a lesson too. This book also teaches numbers. At the bottom of each page of the book are train tracks. The first page has one boggy and the second has two and as the pages go on, more boggies are added to the train. My boy used to count them each time when he was younger.

If your kid like Peppa then you can go for other books in the Peppa series. Much better than watching the television show.

If you liked this review and would like to buy this book from Amazon (kbc affiliate link),