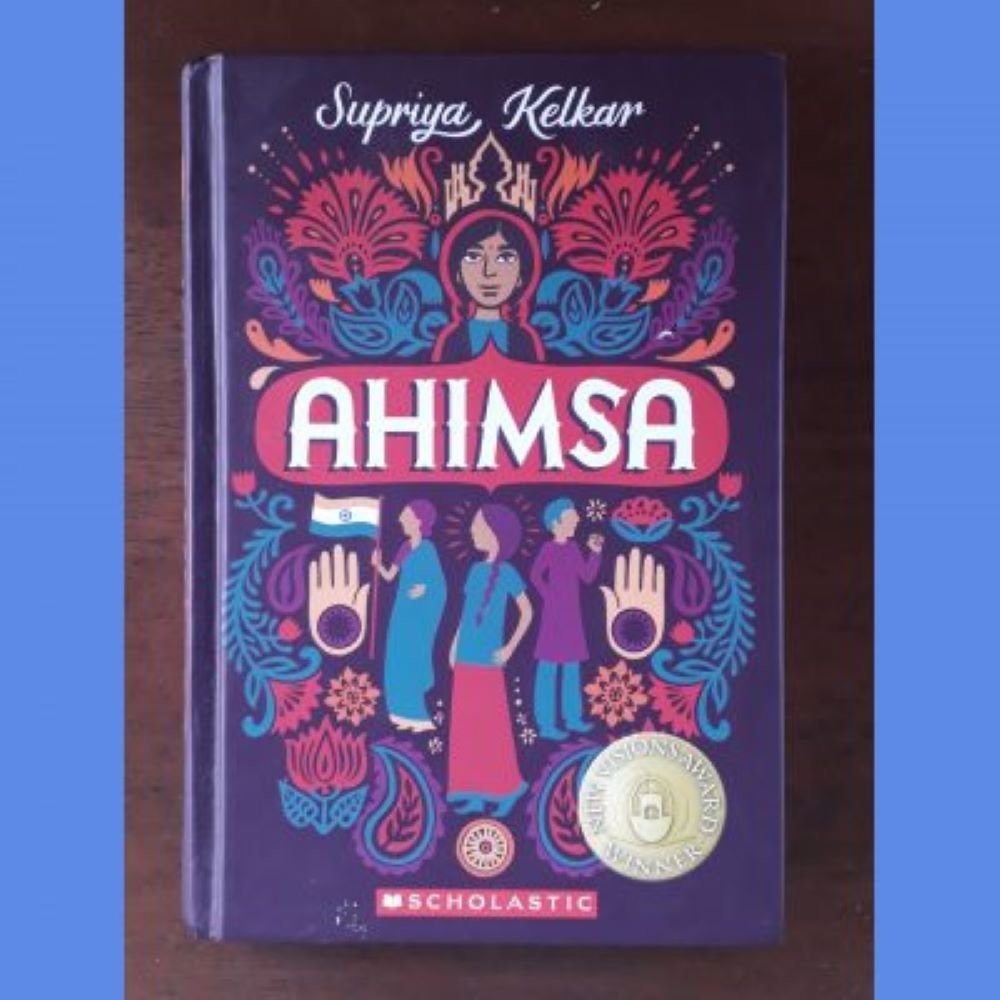 I am posting this on behalf of my 13 year old daughter. She is an avid and advanced reader.

Ahimsa by the author Supriya Kelkar is about India’s fight for Independence through the eyes of a ten year old girl, Anjali. I can say most people who’ve read the book will soon realise midway, how privileged and blessed they are. And how thankful they should be (if not already) for living in a free country mainly because of the countless sacrifices our people made back in the day.

At least for me it made me experience an epiphany of sorts. For example it teaches you that the caste system is messed up and that everyone should be treated equally. No one is less or more than another human being.

The story revolves around Anjali’s life when her mum joined the ‘Quit India’ movement. The drastic changes in her life, the risks her parents took along with the people who were part of the movement, the peer pressure she experienced from her classmates because her parents were part of the movement and also because she treated the ‘untouchables’ like a normal human being.

This book really made me think and question some issues. For example was it right that Anjali’s mother burned all the expensive and good quality clothing (since it was made by the British) instead of giving it to the poor and needy? Was it right for Anjali’s mother to refer to Mohan, a Dalit boy, as a Harijan (Which means Child Of God; a name given by Gandhi for them), even though Mohan himself was clearly uncomfortable with the new label? Shouldn’t we respect each other’s opinions and not impose ours on the other?

Changes are also mentioned in this book, many small ones that Anjali practiced along with her friend Irfaan. And big ones like the riots and rivalry between the Muslims and Hindus leading to conflicts between Irfaan and Anjali in their brother-sister friendship – since one is Muslim and other is Hindu respectively.

I loved the character development, especially Captain Brent’s, it was satisfying to see him change towards the end. Overall I enjoyed the book, it was a great find and if someone asks me for a book from this particular genre to recommend, this book will be first on the list.

However I wouldn’t recommend reading this to those looking for a quick read for the sake of entertainment or for like beginners who are new to historical based novels where certain topics discussed in the book and the life lessons taught might not be easy to understand especially for a younger audience.

It is written in a simple and easy to understand language with some new words you might come across. Plot-wise it’s not too fast paced nor too slow.

UPDATED ON AUG 1, 2021 BY ASHA: Supriya’s next book Strong as Fire, Fierce as Flame has also been reviewed by Sonimrin.

If you liked this review and wish to order this book, it is available at Scholastic India and can be ordered from their website via our special kbc affiliate link. (search for Ahimsa after you’ve reached the Scholastic website through our link).

Or if you’d like to order the book from Amazon (kbc affiliate link),