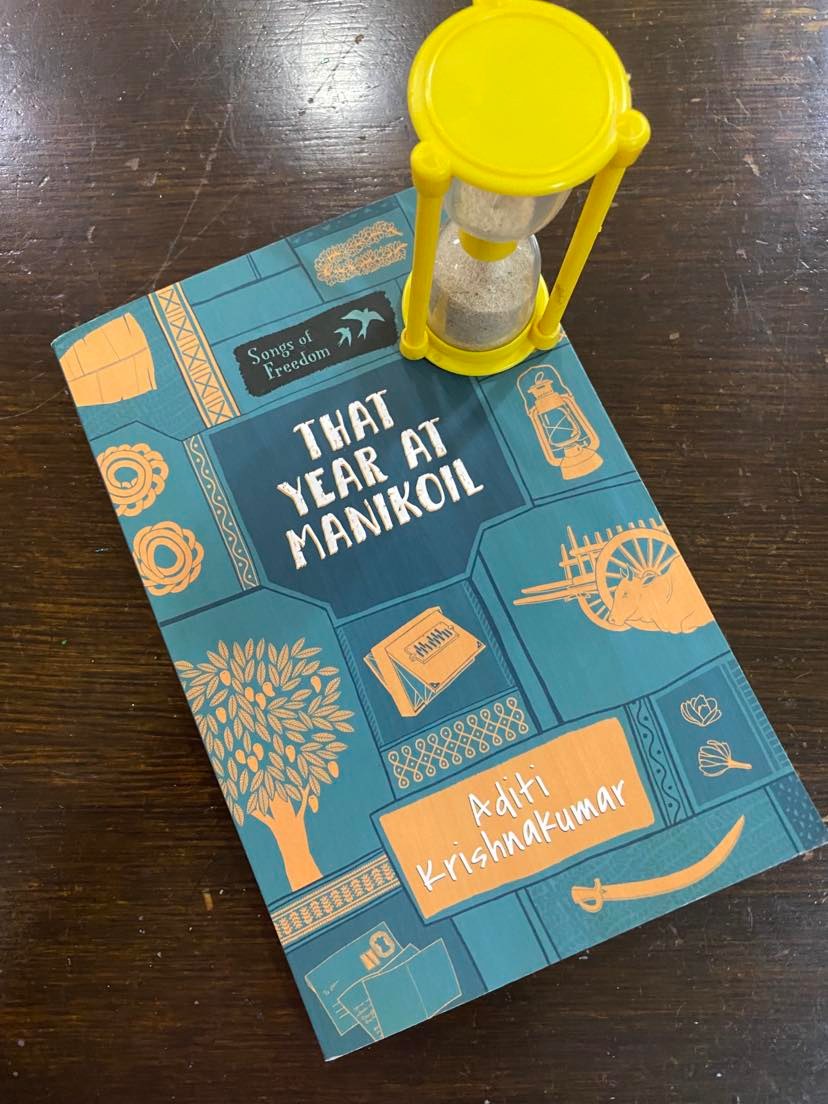 Book: That Year at Manikoil (Songs of Freedom series)

That year in Manikoil takes you back to the year 1944, when Madras (Chennai of today) was evacuated fearing a Japanese invasion. Back then, the entry of Japan into World War II had completely changed the position of India which then came at the frontline of a possible attack.

The story is set in a small village called Manikoil, where Raji, her mother and her sisters go to stay when Madras no longer seemed like a safe place to stay. It is narrated by Raji, the youngest of the family and how this move changed her life.

Staying in Manikoil with her grandparents and cousins leaving behind her father and brother in Madras, brought in new learnings for Raji. She saw many refugees coming from Malaya and other eastern countries trying to find a life in Manikoil. She made new friends there. She experienced war through the letters exchanged with her brother who had decided to be a part of British Indian Army to do his part in the war.

While the world was at war, Raji had her own war to fight. Having very accomplished sisters, she was often compared with them and this made her feel she wasn’t enough. She gradually understood it doesn’t matter what you are good at, what matters the most is that one must be kind to others and true to oneself. And Raji was surely that girl!

It is a beautiful narration of how life had changed during those turbulent times through the eyes of a young girl. How the war impacted each member for her family and how she tried to keep them all together while keeping her conscience alive is what makes this a beautiful read.

A great book to know what happened back then in Madras in the middle of World War II when India was already fighting for its own freedom. I particularly loved the style of writing which weaves through different incidents beautifully giving us glimpses of the past.

You can read the review of The Chowpatty Cooking Club, the other book in this series, here.