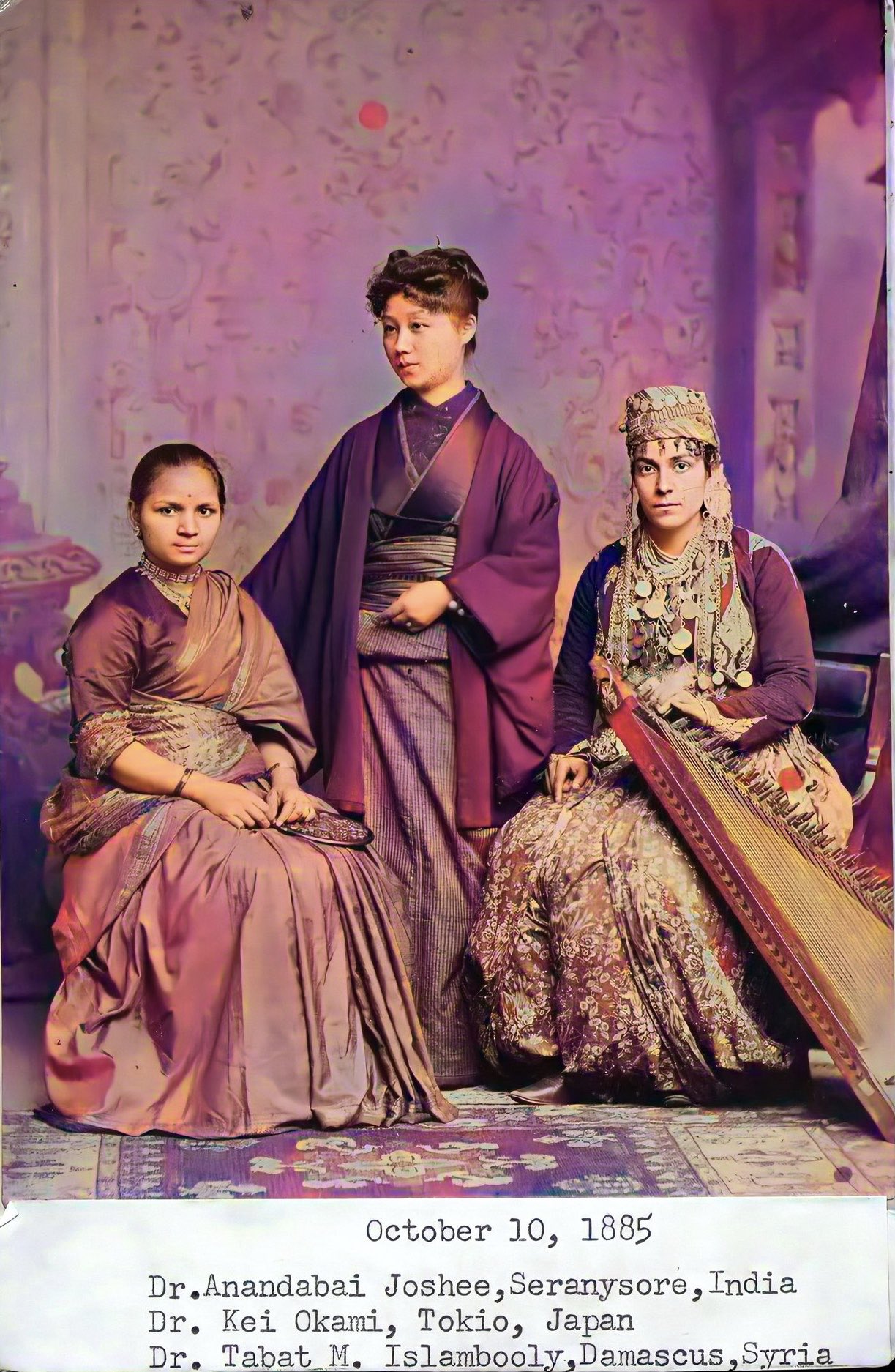 (If it’s a boy, he will become an engineer, if it’s a girl, she will be a doctor)

We all remember this dialogue from the famous Bollywood movie ‘3 idiots’, right? It doesn’t really come as a surprise, when almost 51% doctors in India are female.

But I wonder what Anandi bai Joshi might think about this dialogue if she were alive today!

This story goes back to the year 1873 and happens in a small place called Kalyan in Bombay Province of British India. To give the perspective of the era, women in the progressive U.S. still couldn’t vote, nor were they encouraged to learn very much. So, we can imagine the plight of women in the rest of the world.

A small 9-year-old girl named Yamuna was playing in her backyard of her house. Her mother called her and told her that her marriage was fixed with someone called “Gopal Rao Joshi”. This groom was a widower 20 years older than Yamuna, but she couldn’t really complain because that was the norm at that time. Her parents were rather relieved that their daughter will be married early and to a well doing man. It was added advantage as the groom did not ask for any dowry too.

However, there was one peculiar thing with him, he demanded that Yamuna must promise that she will take formal education after marriage. The family was apprehensive of this demand. Although, the first school for girls was started way back in 1848, Girls’ education was still looked down upon by common families.  Little Yamuna too simply had normal dreams about her future, serving her husband, cooking three times meals, and become a loving mother to her future children. Still, they all agreed to it because he was indeed a good catch otherwise.

No one knew at the time that this name will be written down in history.

Days passed by, Anandi was quite happy in her life, except she never understood the nagging by her husband to study well instead of cooking and doing household chores. Which husband throws a fit if his wife is seen cooking instead of studying? But out of fear of his rage, she just did as she was told.

Eventually she gave birth to a baby boy. She was barely 14, however she thought her life’s mission was accomplished! She couldn’t be happier and dedicated herself tending to the newborn who had become her life as soon as he was born.

When the baby was 10 days old, he caught some fever. Anandi took help from neighboring elder women and tried household remedies on her baby, but the fever didn’t reside. Gopal Rao desperately looked for the doctor, who was not available in the place they lived. He somehow managed to get a doctor from another city to come and see his child, but it was too late. They could not save the baby.

Anandi was devastated. Only if she knew how to save her child, she would have done anything in the world. She felt so inadequate as a mother, she could not get up from bed for days.

One fine day however, she decided that if it’s in her capacity, she would not let any other mother suffer the same pain as hers. And she told her husband, “I want to become a doctor”.

Gopal Rao was happy to see his wife come out of the grief that consumed her for so long. But he knew too well how difficult it is to fulfill her dream. Nevertheless, he told her that he will support it and do whatever he can to make it a reality.

In search of a school where Anandi could get education, Gopal Rao managed to get postings in different parts of the country, but finally realized that his wife can never become doctor in India. He sought help from a Christian missionary and admitted Anandi in Women’s Medical College of Pennsylvania, US

All this while, the orthodox society did its best to undermine this couple. Getting a Brahmin woman educated in a missionary school? Sending a pious Hindu woman to US when crossing the sea was considered a sin? Shame shame!!! Apart from the oppose from the whole society, there was a huge problem of finances too. But this couple was made of iron will power.

Anandi addressed the community at College Hall, explaining her decision to go to America and obtain a medical degree. She discussed the persecution she and her husband had endured. She stressed the need for female doctors in India emphasizing that Hindu women could better serve as physicians to Hindu women. Her speech received publicity and financial contributions started pouring in from all over India.

Soon, Anandi boarded a ship from Calcutta towards her dream. When she began her medical training in US, she was only 19 years old. She graduated with an MD in March 1886 and received a congratulatory message from Queen Victoria. However, her health worsened because of cold weather and unfamiliar diet in US, and she contracted tuberculosis.

Anandi decided to return to India and serve her homeland as India’s first woman doctor. She started working as the physician in charge of the female ward of the local Albert Edward hospital in the Princely state of Kolhapur.

Unfortunately, the terrible hardships that she had to undergo to complete her studies against overwhelming odds, took a heavy toll on her health. She kept studying medicine till her last breath as no medicines could be seen to help her. Despite all the efforts, Gopal Rao could not save his wife who created a huge legacy for generations to come!

Today we are at a stage where we could typecast medicine as a female profession, but we owe it to Anandibai Joshi who paved the way for women of many generations to come, at the time when girls were not even allowed to go to school, not allowed to dream anything against very stringent and orthodox societal rules.

May this story inspire today’s generation to break the glass ceiling if they face any, because 140 years ago, someone broke (if we could call it) the “Iron ceiling”!