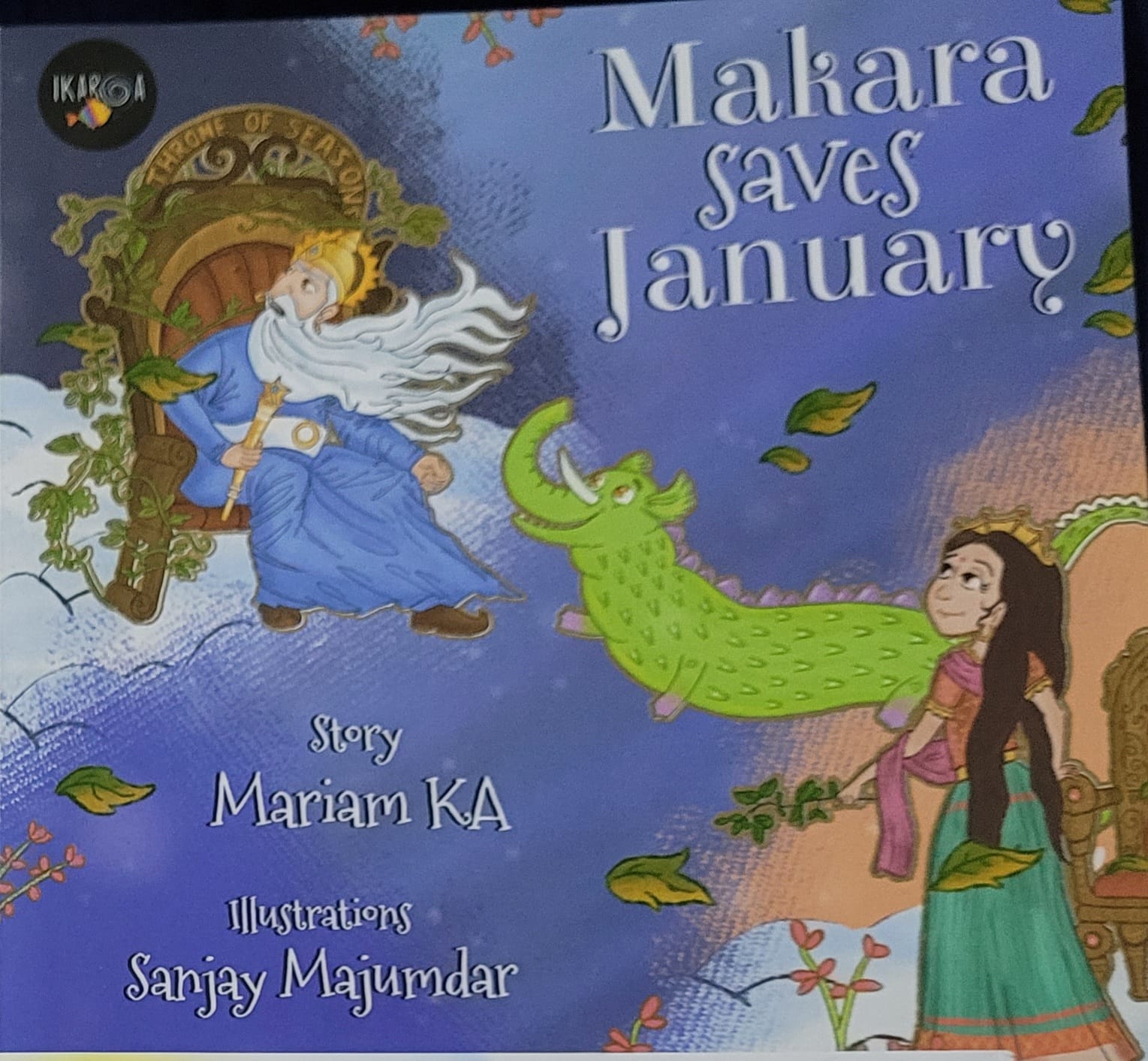 “Makara Saves January” is an interesting story about seasons. The Throne of the Seasons is occupied by one month for 30 days, but King December (Paush) was so proud of his ability to freeze the entire land, that he refused to leave the throne. Princess January (Magha) was worried, and together with all the other months, she approached the legendary sea monster – Makara. Will Makara be able to convince Paush to leave the throne?