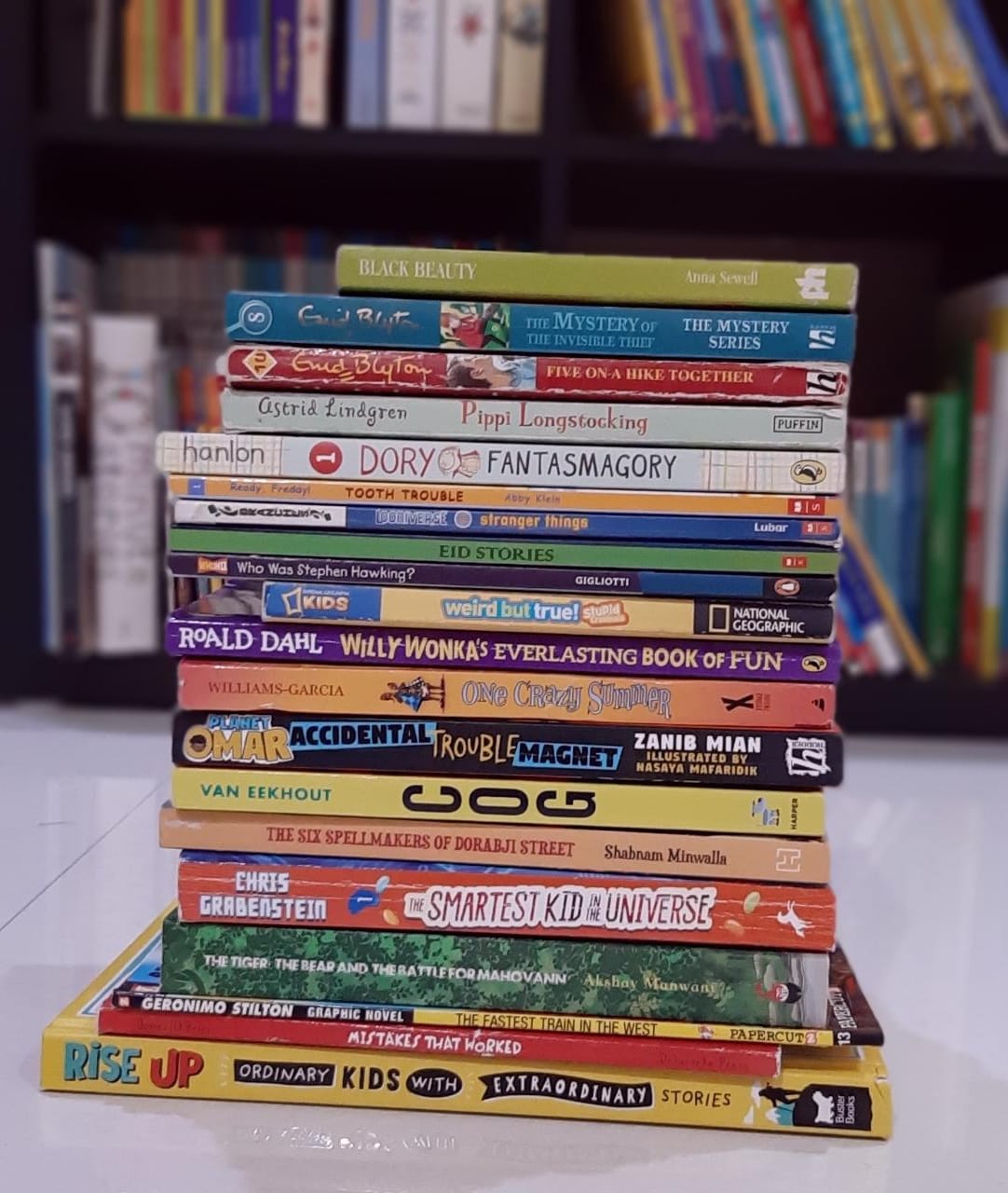 I am sharing this on behalf of my 8 year old son, Abrar, for the KBC Summer Bingo Senior 2022. This is a list of the books that we found most relevant for the given prompts, while some are recent additions to our collection (a big thanks to the KBC team for the thoughtful and diverse categories), others are old favourites which have been read and re-read multiple times. So here goes…

The Tiger, The Bear And The Battle For Mahovann

The Fastest Train in the West (Geronimo Stilton)

Geronimo Stilton books can be ordered from Scholastic via our kbc storefront as well. Scholastic India always has special offers on.

Mistakes That Worked: 40 Familiar Inventions & How They Came to Be

The Six Spellmakers Of Dorabji Street

Who Was Stephen Hawking?

The Smartest Kid In The Universe