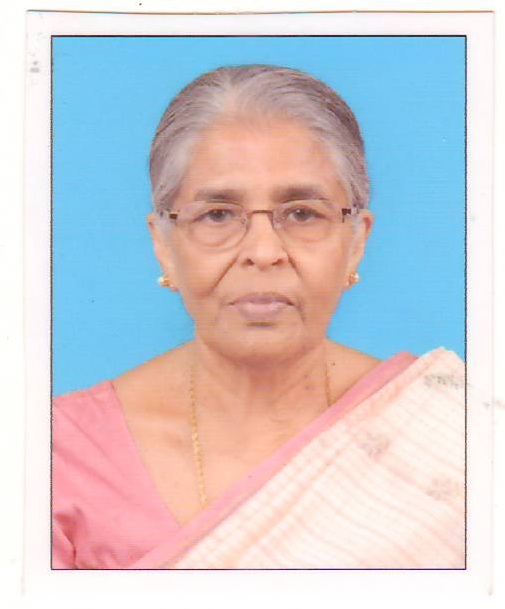 Usually a person keeps a role-model if the latter is an inspiring public figure or a festooned celebrity. Many girls choose their mother as a role-model as she is probably the most trustworthy and sacrificial person the girl would have come across.

I too kept my mother as a role-model but when she expired I chose another role-model because it helps one to keep a role-model who is alive. My role model, Mrs. Annie Athyal, is the stuff dreams are made of, she being a very inspiring and motivating persons who made my life winsome and beautiful.

Small made, slim and sylph-like, I chose Mrs. Athyal as a role model. She being my Std VIII class teacher who also taught me Chemistry and who was my House Mistress in school. I could easily relate to her and her leadership qualities showed that even soft and gentle people can have quiet dominance. Mrs. Athyal was the ideal teacher and was very adept in teaching responsibilities, such as writing lesson plans, invigilation and corrections. It was because of her pure and pristine interest in teaching that inspired me to later become a teacher myself.

Secondly, I kept Mrs. Athyal as a role-model as she was not leading a life with her head in the clouds, but was practical and real, and had her feet firmly planted on terra firma. She was happily married to a gentleman who was also a teacher, and their two children were very well brought up and disciplined. Their family was a seemingly ordinary middle class family but they led a life of dignity and decorum.

Mrs. Athyal encouraged the former students to visit the school and meet the other teachers as they can reminisce on their school days “of telling tales and biting nails”. She not only remembered their names and their marks and grades, but she also remembered their parents and siblings, too.

Mrs. Athyal was extremely kind and considerate to me when I lost my parents for she told me in a comforting voice,

Mrs. Athyal has always been a cut above and is a deep person. With tears streaming down my face, I whispered,

“The feather floats, but the pearl lies low.”